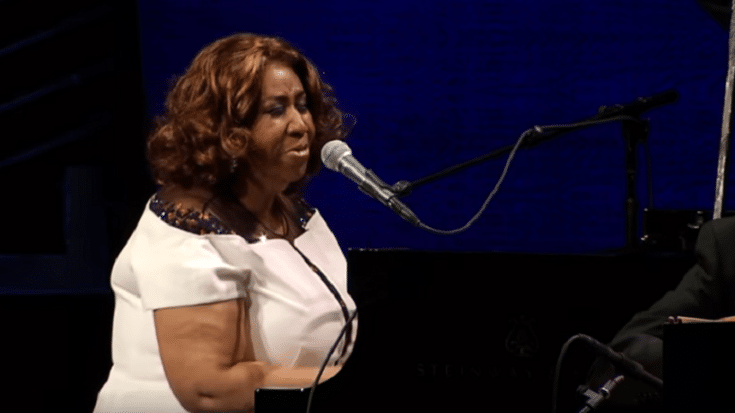 via Jazz at Lincoln Center/YouTube

The Queen of Soul

Aretha Franklin’s stunning 2015 performance at Jazz at Lincoln Center in New York has just been released. In the video, she performs a stirring solo piano rendition of the German Christmas song “O Tannenbaum.” She was a surprise guest at Wynton Marsalis’s famed Big Band Holidays concerts. This particular number is a highlight of the Big Band Holidays II compilation.

This wasn’t the first time Franklin performed the song. She also played it in 1944 at the National Christmas Tree Lighting Ceremony. She even recorded it with an orchestra for the A Very Special Christmas 2 benefit compilation.

Back in 1999, Franklin sat down for an interview with Fresh Air and talked about her early years. She said, “As a very small girl, I listened to Charlie Parker and loved him. And Max Roach and people like that. I had not been in the jazz environment having been brought up in the church. But once I got to New York … I was signed to perform at The Village Gate and The Vanguard and clubs like that and these. The Vanguard was one of the most elite, if not the most elite, jazz club out there.”