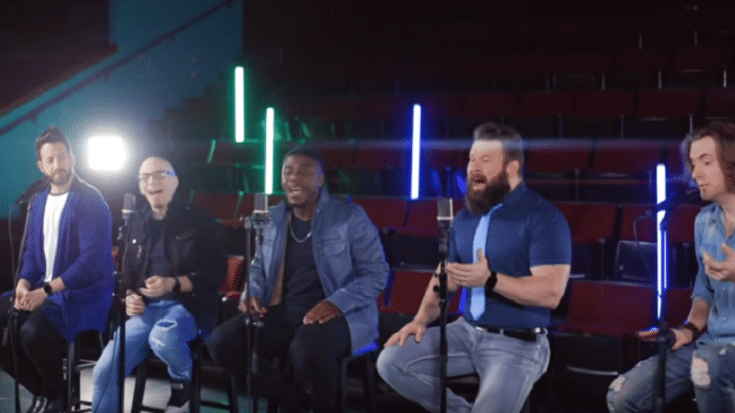 This Beatlesque song is featured on Electric Light Orchestra’s seventh album “Out of the Blue” released in 1977. In a BBC interview, Jeff Lynne revealed how he wrote the classic hit. He said, “It was dark and misty for 2 weeks, and I didn’t come up with a thing. Suddenly the sun shone and it was, ‘Wow, look at those beautiful Alps.’ I wrote Mr. Blue Sky and 13 other songs in the next 2 weeks.”

This isn’t the only song in ELO’s catalog with “blue” on the title. There’s also “Midnight Blue” written by Lynne too.

“Mr. Blue Sky” is both refreshing and uplifting. But what would happen if it will be stripped down and performed sans instruments? It’s hard to imagine that the song will still sound as lovely, right?

Award-winning acapella quintet called VoicePlay took on the challenge and yes, they delivered the goods. This group based in Orlando, FL did justice to the track and so much more. It feels as though we’re hearing this classic for the first time. It’s beautifully done and it’s the kind of cover version we’d love to hear – imaginative and insanely good.

Check out the video below and prepare to be blown away.