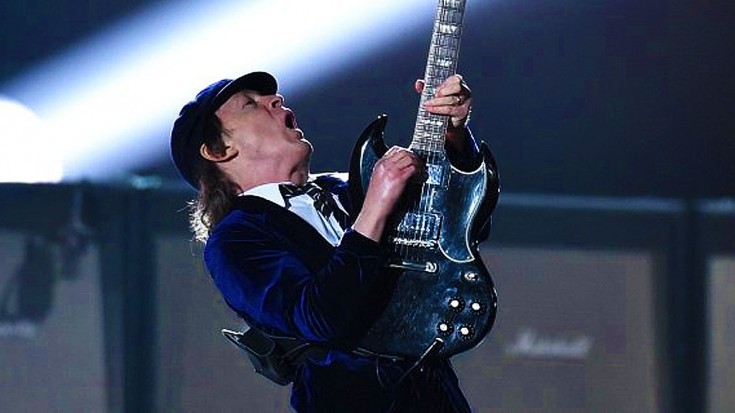 A Fan Favorite Sees The Light Of Day

Love ’em or hate ’em these days, Australian rock legends AC/DC are certainly pulling out all the stops for their European Rock Or Bust Tour – including a classic fans haven’t heard live since 2003. This weekend saw AC/DC and new frontman Axl Rose in Marseilles, France for another explosive evening of good old fashioned rock and roll; with a setlist that included classics like “Whole Lotta Rosie” and “Dirty Deeds Done Dirt Cheap,” the real surprise of the night came when AC/DC dusted off 1979’s “If You Want Blood (You’ve Got It)” for the first time since 2003, surprising the 60,000 fans who turned out to see them.

Fun Fact: This isn’t the first Scott era classic debuted on Rock Or Bust; “Rock ‘n’ Roll Damnation” also saw its first airing since 2003, and so did “Riff Raff,” which hadn’t been performed since 1979.

First featured on the iconic album Highway To Hell, “If You Want Blood”  is a song of many firsts and lasts for the band; it’s one of the final songs to feature late singer Bon Scott, and this weekend’s performance marks the first time it’s been played since AC/DC’s October 21, 2003 show at the Carling Apollo Hammersmith in London as well as the first time it’s featured new singer Axl Rose. For a song that hasn’t been performed in well over a decade, we’d never have known it – “If You Want Blood” is absolutely fantastic live –  yes, even with Axl singing it instead of Brian – and it’s one we hope gets worked into more AC/DC shows in the future!