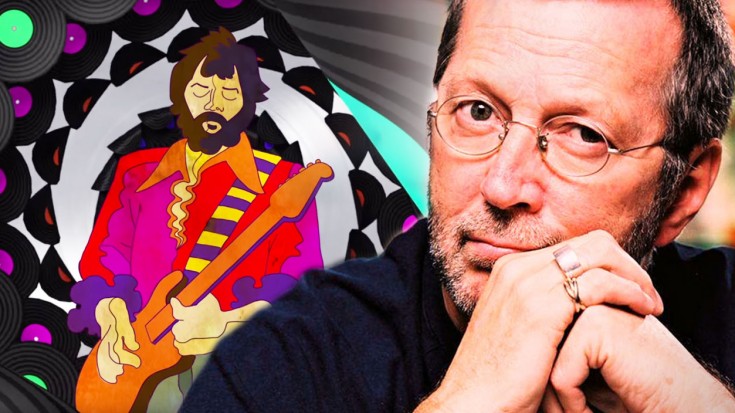 54 Years Of Slowhand In 5 Minutes

Just one week after he released the JJ Cale inspired “Can’t Let You Do It,” legendary guitarist Eric Clapton is back with another new track – and this time, he’s taking a step backwards to where it all began! The latest single from his 23rd album I Still Do, “Spiral” celebrates the gift of music that’s taken Eric Clapton from busking around London as a teen to a glowing 54 year career as one of the world’s most celebrated musicians with ad-libbed lyrics that reflect Clapton’s sheer and immense gratitude for “having the music” in him for all these years.

Fun Fact: According to Clapton, the lyrics to “Spiral” were ‘spontaneous’ and literally wrote themselves as he played his guitar in the studio.

The music video for  “Spiral”  debuted this weekend, and with a zoomed in shot focusing on a watch worn by a painting of Clapton takes viewers on a colorful journey through his decades long career; featuring different guitars going back to the Gibson SG he played with Cream and the Fender Telecaster during his time with Blind Faith, the video isn’t without a few nods to Clapton’s style evolution, too – no doubt calling forth many happy memories for fans of when they first stumbled across Clapton and his playing.

Whether you’re a Slowhand fan from way back or new to his gifts, this career spanning video for “Spiral” is definitely one you can’t afford to miss!