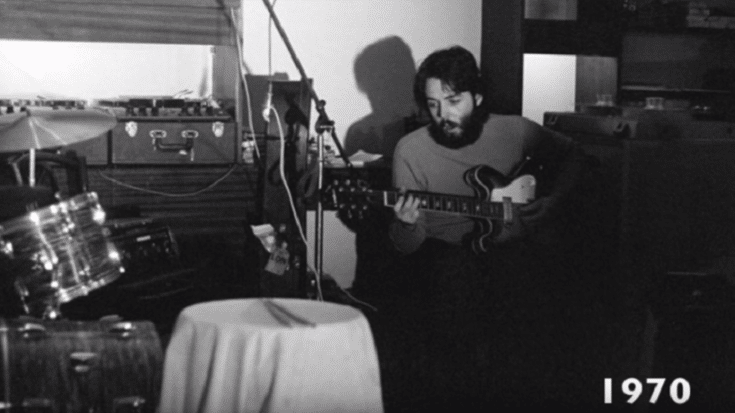 It’s Not That Bad

Paul McCartney has been performing for well over five decades now. He started as a teen and even at 77 years old, he shows no sign of slowing down. From studio albums to concerts, he remains a force of nature. And so it’s no surprise that over the years, his voice has changed and evolved. Remember back in 2016 when he was on a US tour and some fans were disappointed he could no longer hit the high notes on Beatles classics?

He doesn’t sound the same, that’s for sure. But were the vocal changes dramatic? Check out the video below as YouTube user cadon35 compares McCartney’s voice from several eras. He used only one song for this comparison – the 1970 hit “Maybe I’m Amazed.”

In the beginning, his performances weren’t as powerful simply because he was still exploring his range. But at his peak, he didn’t mind pushing his voice to the limits and his delivery was downright astounding – clearly puts him among some of the best rock singers out there. Obviously, age took a toll on him and maybe his unhealthy habits too like smoking. It’s not totally unexpected that he already struggles with the high notes in his 70s. He lost most of his power but that happens.

Listen to the changes below and let us know what you think.