A Wild Pig Stole and Drank 18 Cans of Beer, Got Into A Fight with A Cow, And Passed Out 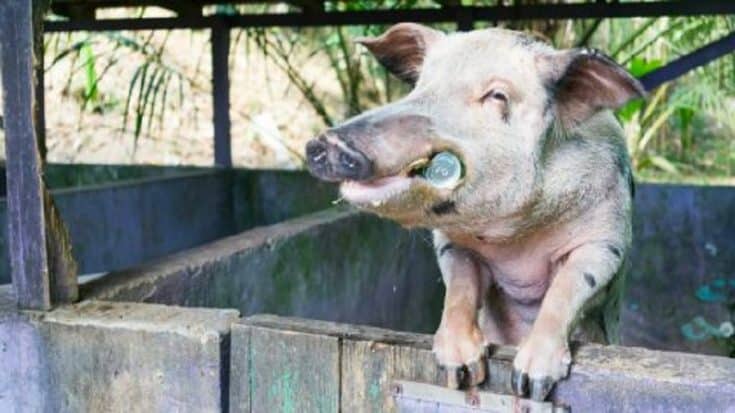 We’re Not Even Making This Up

In 2013, some unlucky campers had an experience of a lifetime in Port Hedland, Australia. For the past few nights, there have been reports of a wild pig going through people’s belongings in the campground. And some campers apparently weren’t mindful enough so they left their beers out as they slept. According to one camper:

“It was in the middle of the night, and it was these people opposite of us and I heard this crunching of the can, and they got their torch out and shined it on the pig and there he was, crunching away at their cans.”

The pig finished off the last of the 18 beers and ran away. Some witnesses said the animal was clearly drunk and was busy raiding the trash for food. It even started a fight with an innocent cow who was most probably just in the wrong place at the wrong time. Another witness named Merida added:

“… then there were some other people camped right on the edge of the river, and they saw him running around their vehicle being chased by a cow.”

It wasn’t long before the pig passed out under a tree. Somebody even managed to shot a photo.