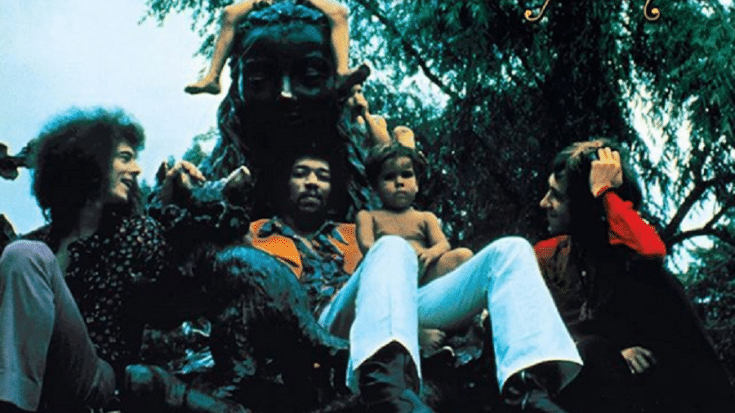 On October 16, 1968, The Jimi Hendrix Experience released their third and final studio album Electric Ladyland. Jimi Hendrix produced it himself. It was commercially successful and topped the charts for two weeks in the US.

In a nutshell, Electric Ladyland was a different breed of album. If there was any doubt as to whether Hendrix deserved his guitar god status or not, this laid them all to rest. The band worked on it for a year mostly because of Hendrix’s penchant for perfection. Recording spanned for several months and it was a frustratingly long and tedious process. Like with most musical masterpieces, this wasn’t without struggles and egos getting in the way. But in the grand scheme of things, does any of that matter? They created a multi-LP album that was able to withstand repeated scrutiny and still being hailed as one of the greatest records ever made.

Hendrix alone was in a league of his own but alongside Noel Redding and Mitch Mitchell, they were a force to be reckoned with. And in Electric Ladyland, they were at the peak of their creative and musical prowess. It’s a diverse and eclectic album and covers enough ground to solidify Hendrix’s status as a rock genius.

It’s a peek inside the colorful mind of Hendrix. It’s original and unlike any other record at the time. They employed several studio techniques and experimentations but even so, it highlighted the full range of Hendrix’s musicianship.

For the songs, there are no fillers but there are still some standouts – the slow and bluesy Voodoo Chile, the fiery and blistering Voodoo Child (Slight Return), and All Along the Watchtower which is an intense cover of a Bob Dylan original.

Electric Ladyland is highly ambitious. Making and recording this was a task of epic proportions. Hendrix dared to do what no one has done before and succeeded massively. There are elements of soul, jazz, blues, psychedelia, and rock ‘n roll. The other albums released that year paled in comparison to this.