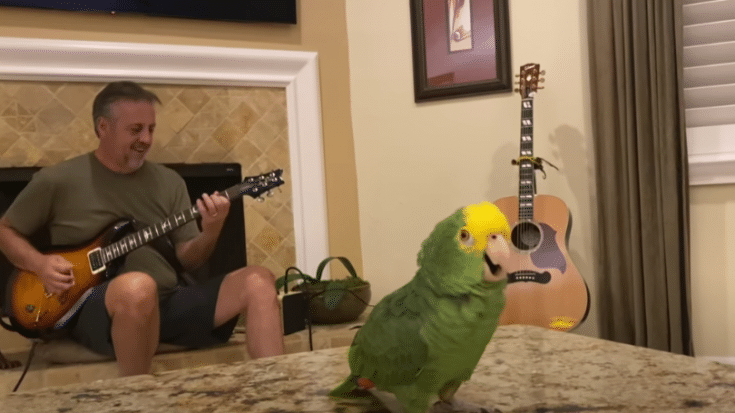 via Frank Maglio Tico & the Man/YouTube

Tico the singing parrot does it again! In 2020, Tico’s cover versions became some of the most popular videos of the year. And now, here it is again wowing us with unbelievable vocal performances. This time, it takes on AC/DC’s “Whole Lotta Rosie” with of course, the help of its owner Frank Maglio on the guitar.

For the past few months, it’s tackled classic hits from Led Zeppelin, Metallica, Van Halen, Guns N’ Roses, The Beatles, and so much more. This little fella sure has a great taste in music.

When the now-famous pair appeared on The Kelly Clarkson Show, Maglio explained that it was during the lockdown when he discovered Tico’s talents. He sat down to play the guitar when suddenly, Tico got excited. He said, “So instead of throwing the towel in, I grabbed my guitar … and sat down by him and started playing, and I was like, ‘I think he’s singing.’” Watch Tico as it sings its heart out below.

“Whole Lotta Rosie” was featured on AC/DC’s 1977 album “Let There Be Rock”. It’s about an actual woman named Rosie whom frontman Bon Scott had a one-night stand with at the Freeway Gardens Motel in North Melbourne.