15 Classic Rock Songs That Instantly Take You To The Countryside 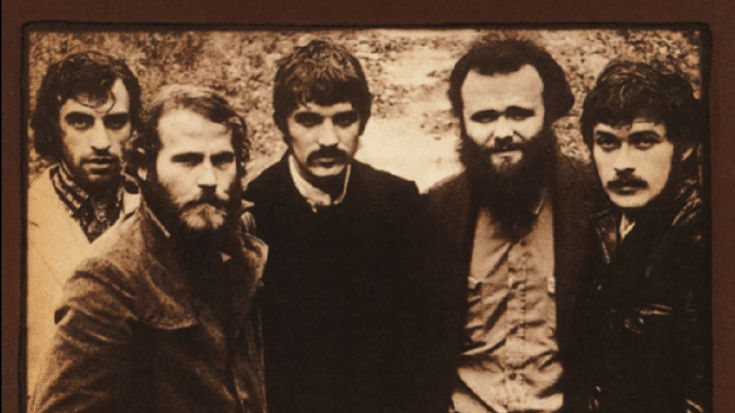 via The Band on MV/YouTube

Nothing like good ‘ole country music to take you places. It’s the fastest way to travel without even leaving your room. Check them out:

The lead single from 1973’s “Brothers and Sisters”, it was written by guitarist Dickey Betts and he drew inspiration from the Hank Williams song of the same name. Compared to their other songs, this one leaned heavily towards country music which was why they were initially hesitant to record it. But it was a hit and became one of their most enduring songs.

The Byrds – One Hundred Years From Now

From Lynyrd Skynyrd’s “Second Helping”, the band often performed it live and it’s featured in several of their compilation albums. Ed King revealed, “The original version of the band only played ‘Curtis Loew’ one time on stage.” He added, “We were playing in a basement in some hotel and thought we’d try it. We never played it again until the Tribute Tour with Johnny Van Zant.”

A collaborative effort by Jackson Browne and Glenn Frey, it’s the opening track on The Eagles’ debut album and has since become one of their signature songs. Browne recorded it for his own album but it wasn’t as successful as The Eagles’ version. Frey later explained what this song means – “You shouldn’t get too big too fast.”

Charlie Daniels Band – The Devil Went Down to Georgia

It’s the band’s biggest hit, peaking at #3 on the US Billboard Hot 100 and charting in other countries too. According to Charlie Daniels, he got the idea for it from a poem called “The Mountain Whippoorwill” by Stephen Vincent Benet which he read in high school. He recalled, “We had gone in and rehearsed, written, and recorded the music for our Million Mile Reflections album, and all of a sudden we said, ‘We don’t have a fiddle song.'”

An unexpected song from the band who gave us some of the heaviest songs in rock. Led Zeppelin surprised both fans and critics when they released “Hot Dog” as it was a departure from their usual style. This fun track easily stands out in their catalogue.

A classic through and through, Glen Campbell once shared that he was thrilled when he first heard the song. After songwriter Jimmy Webb sang parts of it, Campbell just knew it was going to be a hit. He told Daily Mail, “I implored him to finish it, and even offered to help. But he told me to go and play my guitar and leave the writing to him.”

Johnny Cash – I Walk The Line

Johnny Cash’s first #1 hit on the US charts, the lyrics touched on his values and lifestyle. Throughout his career, he gave varying explanations regarding the song’s origin and development. Although he originally wanted it to be a ballad, it was producer Sam Phillips who suggested a faster arrangement.

This was actually written by the Rolling Stones Mick Jagger and Keith Richards but Gram Parsons, who was close friends with them, asked their permission if The Flying Burrito Brothers could record it and the duo agreed. The Stones later recorded it for “Sticky Fingers”.

The Band – The Night They Drove Old Dixie Down

Robbie Robertson spent around eight months working on the song. He initially had an idea for the music but he couldn’t come up with the lyrics or theme. It didn’t go anywhere until drummer Levon Helm helped him. Robertson said, “I remember taking him to the library so he could research the history and geography of the era and make General Robert E. Lee come out with all due respect.”

Although it wasn’t as big of a hit as their other 1969 releases, it’s just as powerful as their more popular songs. John Fogerty explained, “On ‘Lodi’, I saw a much older person than I was, ’cause it is sort of a tragic telling.” He added, “A guy is stuck in a place where people really don’t appreciate him. Since I was at the beginning of a good career, I was hoping that that wouldn’t happen to me.”

Little Feat is one of the most influential bands in country rock. In fact, Led Zeppelin guitarist Jimmy Page told Rolling Stone magazine that Little Feat is his favorite American group. “Rock and Roll Doctor” may not have been a smashing success but it perfectly captured their brilliance.

The title track of her 1976 album, it was written by Gram Parsons and the two had quite a collaborative relationship back in the ’70s. The songs he wrote for her became her earliest hits. This particular song is magical especially with her lovely voice and stunning delivery.

John Denver made it big with “Take Me Home, Country Roads”. It was an immediate success upon its release and remains popular today. Songwriter Bill Danoff told NPR in a 2011 interview, “I just thought the idea that I was hearing something so exotic to me from someplace as far away. West Virginia might as well have been in Europe, for all I knew.”

Although he’s been in the music industry for decades and has numerous iconic songs, this is Neil Young’s only #1 single in the US. James Taylor and Linda Ronstadt provided backing vocals. Bob Dylan once admitted, “I always liked Neil Young, but it bothered me every time I listened to “Heart of Gold.” I think it was up at number one for a long time, and I’d say, “Shit, that’s me. If it sounds like me, it should as well be me.”