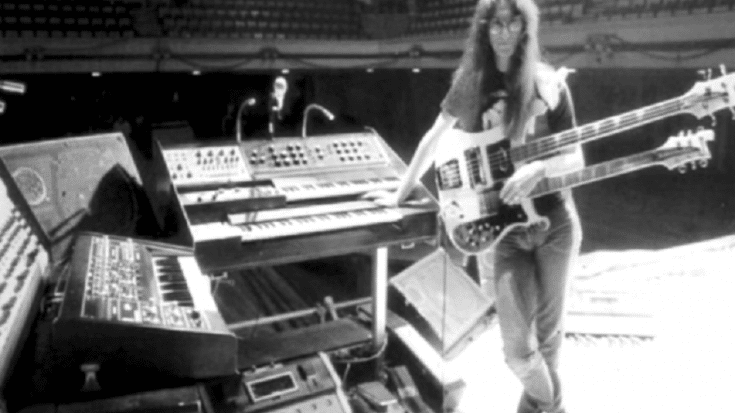 Listening to Geddy Lee’s isolated vocals on Rush’s 1977 single “Closer To The Heart”, it makes one wonder why there are those who hate his voice. His vocals are unique and easily recognizable. Plus, Rush songs aren’t exactly easy to sing.

“Closer To The Heart” was a collaborative effort between the three members and drummer Neil Peart’s friend Peter Talbot. It only peaked at #76 on the US Billboard Hot 100 but it became their first hit in the UK and is also one of their most popular songs. In fact, it has appeared on several of the band’s albums including their live releases. Since its release, it became a staple in their live repertoire but was removed for some of their other tours.

Guitarist Alex Lifeson even called it that ultimate Rush song.

Lee later commented, “It’s always resonated with people for some reason, and it was a hit as far as we’ve ever had a hit.”

“It got us on the radio, the kinds of radio that would never normally associate with us,” he continued, “so it was as close as we ever came to a pop song, especially at that point.”

In 2005, Rush performed this at a fundraising event.