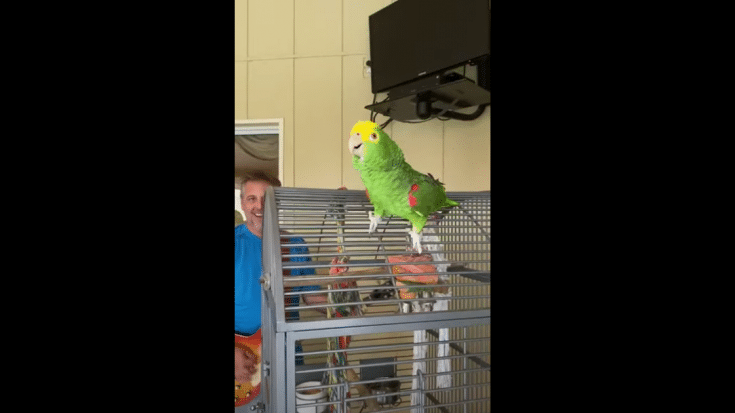 There’s a new rockstar in town and it’s not what you’d expect.

Meet Tico the Parrot, an adorable and beautiful bird with a penchant for classic rock songs. His hobbies include singing/chirping along to covers played by its owner, Florida guitarist Frank Maglio. Tico’s been taking on tunes by Led Zeppelin (Stairway to Heaven), Guns N’ Roses (Patience), The Beatles (Here Comes The Sun), Van Halen (Unchained and Ain’t Talkin’ ‘Bout Love), Bon Jovi (Wanted Dead or Alive) and a whole lot more. And just like that, it’s gone viral and has become an internet sensation.

Maglio’s been posting their videos since April 2020 but his YouTube channel recently got a boost after former basketball star Rex Chapman shared their rendition of Led Zeppelin’s Stairway to Heaven on Twitter, thereby amassing more than three million views.

In October, Maglio told Kelly Clarkson on her talk show how he “discovered” Tico’s talents.

He said, “One day I was playing guitar back in March, during the second week of lockdown. And Tico started screaming like he wanted attention, so instead of throwing the towel in, I grabbed my guitar … and sat down by him and started playing, and I was like, ‘I think he’s singing.’”