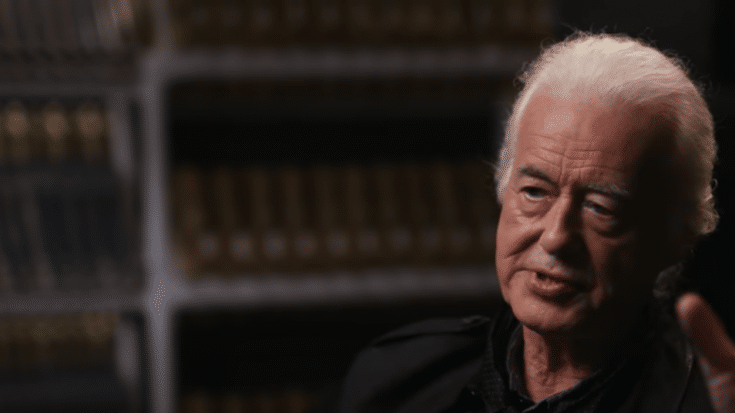 It’s One Of His Most Memorable Sessions

Before forming Led Zeppelin, Jimmy Page was an in-demand session musician who played on several classic records – one of which was “Goldfinger” from the 1964 James Bond film of the same name. He was in the instrumental version of the song which they recorded in August 1964 at the famed Abbey Road Studio One in London.

He told GQ magazine in a recent interview about one of his favorite sessions, “There was a big James Bond session in EMI Studio Number One, where I was playing guitar in the orchestra for John Barry. The full orchestra sounded absolutely amazing, but then Shirley Bassey arrived. This was “Goldfinger”. She arrived with a friend, was very quiet and then was asked to come out and sing. And it took her just one take. And at the end of the tape she collapsed on the floor. At the end of the song she just held this one note and she basically ran out of breath and collapsed.”

He added, “You know how dramatic she is usually, what with all the stuff she does with her hands, but this was even more dramatic – and I was in the front row of the musicians, so I really had a good view of all of this.”

Asked if he looks back fondly on his ’60s works as a session guitarist, he answered: “Enormously, although it’s not something a lot of people know about. One of the things about being a studio musician at the time was that you kept it pretty quiet, you know? You didn’t go around talking about it.”

In October 2020, he released Jimmy Page: The Anthology which featured his massive private archive of guitars.