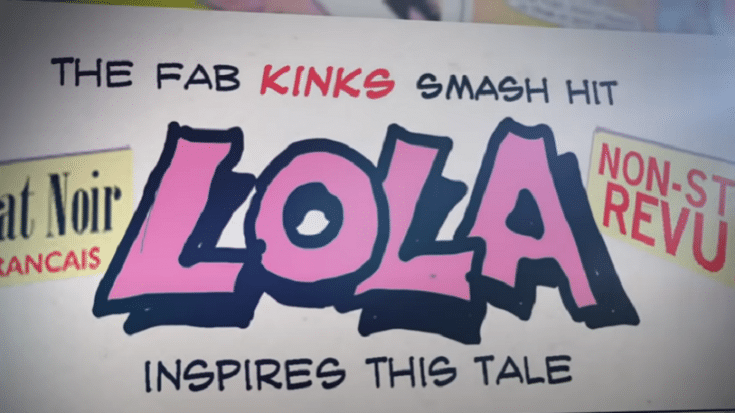 Ahead for the release of “Lola Versus Powerman and the Moneygoround, Part One” 50th Anniversary box set which is slated for release this December 11, The Kinks have premiered a remastered version of their classic hit “Lola” and an accompanying animated music video.

Originally recorded in May 1970 at Morgan Studio 1, Willesden, UK, “Lola” has one of the most famous backstories in rock – based on an actual event.

Written by Ray Davies, he told Q magazine in 2016: “The song came out of an experience in a club in Paris. I was dancing with this beautiful blonde, then we went out into the daylight and I saw her stubble… So I drew on that but colored it in, made it more interesting lyrically.”

Speaking about why the single wasn’t more controversial when it was first released, Ray admitted to Rolling Stone that “The subject matter was concealed.” He also added, “It’s a crafty way of writing. I say, ‘She woke up next to me,’ and people think it’s a woman. The story unfolds better than if the song were called ‘I Dated a Drag Queen.'”