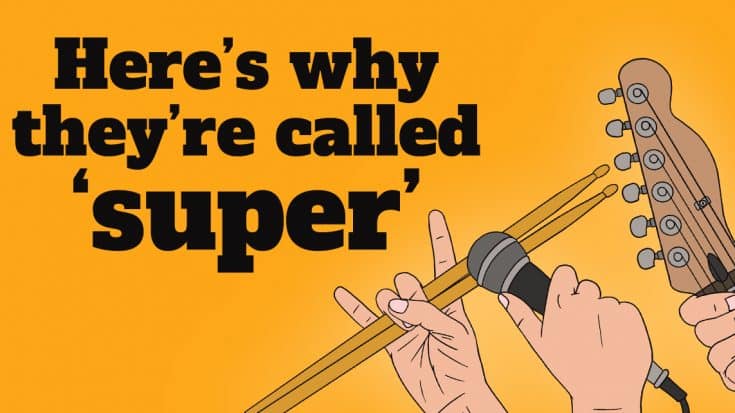 Forming supergroups is a double-edged sword. On one hand, there’s no shortage of talent especially because the members are usually the best at what they do. But on the other hand, what can possibly go wrong if you have three or four rockstars with massive egos? That’s pretty much why most of these on the list have short-lived careers as a group. Nevertheless, they left us with great music so there’s that.

Consisting of Jack White, Brendan Benson, Jack Lawrence, and Patrick Keeler, they formed in 2005 and were dubbed as a supergroup because each member found previous success in other bands. They didn’t like the term though and in fact, they preferred being called “a new band made up of old friends.” They recorded three studio albums and have played in several music festivals across Europe, Asia, and North America.

The original and most successful lineup consisted of John Wetton (King Crimson and UK), Steve Howe (Yes), Geoff Downes (Yes and the Buggles), and Carl Palmer (Emerson, Lake & Palmer). Their debut album topped the US Billboard 200 and spawned their best known song and biggest hit “Heat of the Moment.” They broke up and other members were brought onboard and they also went on hiatus a couple of times.

8. Temple Of The Dog

Formed in 2009, it consisted of Josh Homme (Queens of the Stone Age and Kyuss), John Paul Jones (Led Zeppelin), and Dave Grohl (Foo Fighters and Nirvana). They embarked on a tour in 2009 and 2010. Their debut single “New Fang” even bagged the Grammy Award for Best Hard Rock Performance in 2011.

Mostly active in 1969, it featured Steve Winwood, Eric Clapton, Ginger Baker, and Ric Grech. It began after the breakup of Traffic and Cream when Winwood and Clapton got together for a jamming session. Baker and Grech later joined the pair. They disbanded after one album and one tour.

With members Keith Emerson,, Greg Lake, and Carl Palmer, nine of their albums achieved gold record status in the US. In the ’70s, they became progressive rock titans and it all began after their historic set at the Isle of Wight Festival in 1970. They achieved legendary status following a string of massively successful albums.

David Crosby, Stephen Stills, Graham Nash, and Neil Young have penned several memorable songs as a supergroup. Aside from their intricate and immaculate harmonies, they’re also known for powerful and influential lyrics. But of course, they didn’t have a stable relationship with each other. Their last album was 1999’s “Looking Forward”.

Featuring four of the biggest country musicians Johnny Cash, Waylon Jennings, Willie Nelson, and Kris Kristofferson – they also pioneered the subgenre country outlaw. Aside from three studio albums, they also starred together in the 1986 film “Stagecoach.”

Members Bob Dylan, George Harrison, Jeff Lynne, Roy Orbison, and Tom Petty got together and decided to form a group in 1988. They released two full albums and according to Petty, “None of this would’ve happened without him. It was George’s band – it was always George’s band and it was a dream he had for a long time.”

Jack Bruce, Eric Clapton, and Ginger Baker showcased their virtuosity with every number. But alongside such spectacular instrumental proficiency, there were tensions between them which is why they disbanded after only two years.