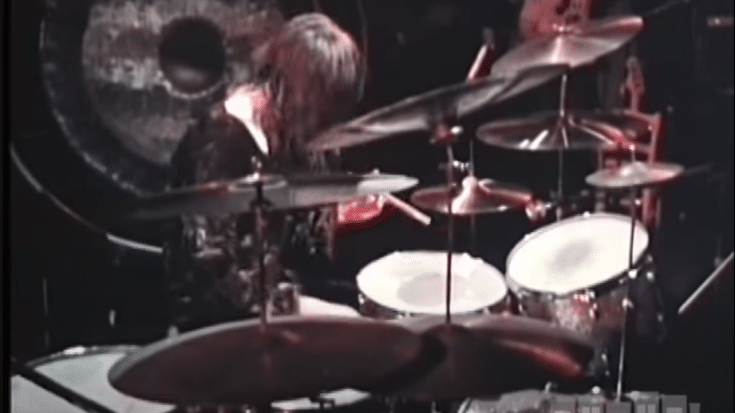 It Doesn’t Get Any Better Than This

This is a master at work. There’s a reason why at the 2017 Progressive Music Awards, Carl Palmer was given the “Prog God” Award. He’s a drummer unlike any other. He rose to prominence in the ’60s and earned the reputation of being one of the greatest and most respected drummers of all time.

He is a force of nature behind the kit but interestingly, he went through other instruments as a kid before he settled on drum set at the age of 11. At 5, he played the banjo and then the violin at 10. He had a musical background with most of his family members being musicians.

He told Prog in 2017, “My philosophy is as simple as this: if I can improve, I’m gonna carry on playing and working.”

“This is what I love to do and I’ve never had a proper job, if you know what I mean,” he continued. “If I can’t improve but I can maintain a standard, I’m gonna carry on. But if I can’t maintain the standard and I’m not improving, I’m gonna be gone.”

Gene Krupa was one of his major influences. Check out Carl Palmer’s jaw-dropping drum solo performance below.