Relive The 1965 Performance Of ‘Roll Over Beethoven’ By The Beatles 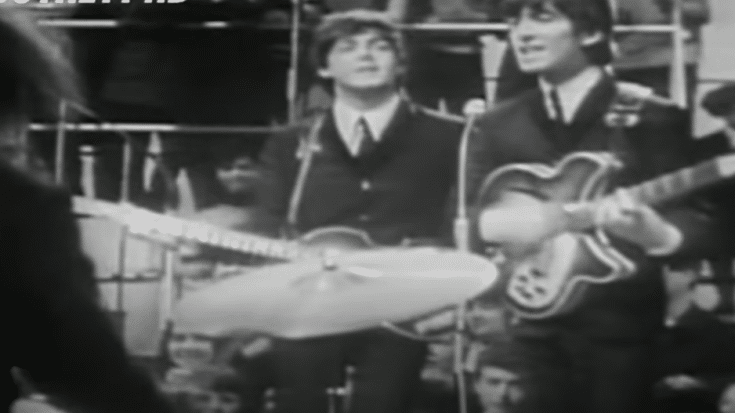 Originally by Chuck Berry, The Beatles covered the classic hit for their second studio album With the Beatles because it was a favorite of John Lennon, Paul McCartney, and George Harrison. They were big fans of Berry and in fact, they played several of his songs during their early years.

While most of their Berry covers were sung by Lennon, it was different this time because Harrison took over the lead vocal duties for “Roll Over Beethoven”. It became a staple in their live repertoire until their 1964 American trek. Harrison recalled, “It was a song I liked. I had the Chuck Berry record and I used to sing it in the clubs.”

The Beatles recorded it in five takes for their album and seven for the live version on Live at the BBC. A few years later, Electric Light Orchestra also covered the timeless track.

Written by Chuck Berry, “Roll Over Beethoven” was his response to his younger sister Lucy who always played classical music on their piano when all Berry wanted was to play rock ‘n roll. In the lyrics, he referenced Ludwig van Beethoven and Pyotr Ilyich Tchaikovsky and popular music from Carl Perkins and Bo Diddley.