Watch A High Quality Rare Video Of The Wailers – One With Bob, Peter and Bunny 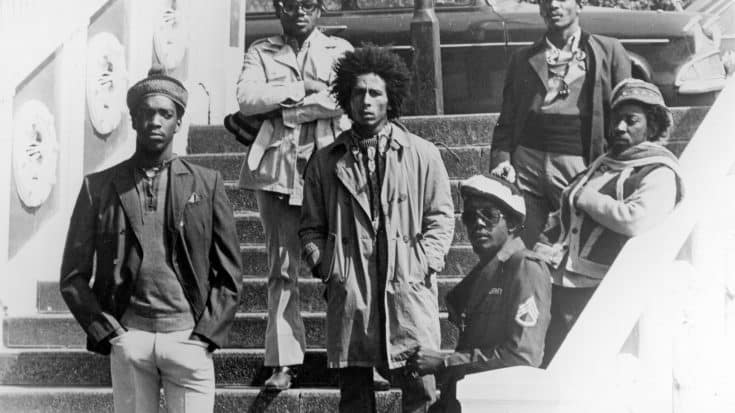 The Wailers started out with a trio – Bob Marley, Peter Tosh, and Bunny Wailer. A decade after they were formed, both Peter and Bunny left the band allegedly because of unfair treatment by Island Records president Chris Blackwell who mostly favored Bob. For this reason, it’s pretty rare to find a footage where the three original members were filmed performing on stage together.

This live in-studio performance happened on May 1, 1973 at London’s Top Gear Radio Show before they performed on BBC Channel 2’s Old Grey Whistle Test in support of the group’s fifth studio studio album “Catch A Fire.” They did two songs for this set – “Stir It Up” and “Concrete Jungle.”

“Stir It Up” became The Wailers’ first hit song outside Jamaica. It cracked the top 10 in several countries including Canada (#7 on RPM Top Singles and #4 on RPM Adult Contemporary) and the US (#6 on Billboard Adult Contemporary).

It was a pivotal moment for The Wailers because it was their first trip to the UK and a successful one at that. And they made history too as the first reggae act to be featured on the Old Grey Whistle Test. It was undeniably captivating – they all shined in their own way. Bob Marley brought so much to the table and the rest of the group proved that they could hold their own too.

From Peter’s riveting guitar solo to Bunny’s backing vocals – everything is soulful and moving. It wasn’t something people heard on a daily basis and so it came as no surprise that everyone who first saw this on television were left in awe. It was their first exposure to reggae and they were never the same.

The Wailers made themselves legends that day. The song itself is a masterpiece but the entire performance was nothing short of magical.