ILCR PICK OF THE WEEK: The Tracks From “We Sold Our Soul For Rock ‘n’ Roll” By Black Sabbath 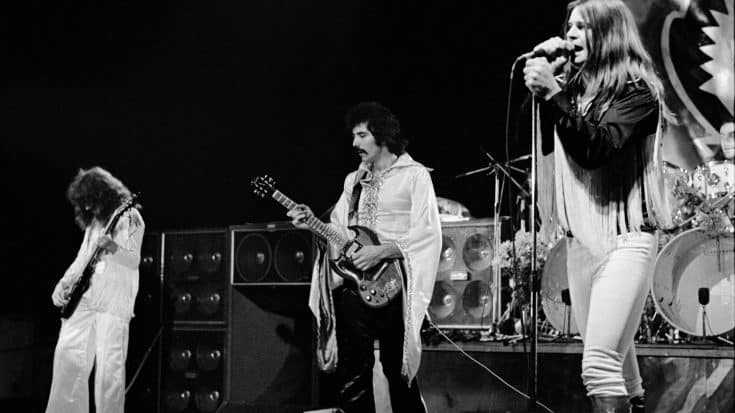 Some Of Their Best Tunes

When Black Sabbath’s compilation album “We Sold Our Soul for Rock ‘n’ Roll” was released, it was a commercial success. It sold over 60,000 units in the UK and over 2,000,000 in the US. It also received generally positive reviews from critics. But it didn’t benefit the band – financially at least. When NEMS got their hands on Black Sabbath’s back catalogue, they went on to work on this release without even informing the band.

In fact, Tony Iommi once claimed that the first time they learned of this album was when the fans presented it to them for autographs after their shows. There are a total of 17 tracks which we will rank from worst to best here. Although technically, these are some of their best works at the time, there are still tunes which are pretty weak compared to others.

This is a compilation album so you know that even the ‘worst’ song ranked will still have an excellent arrangement. Monster sound, unforgettable lyrics, powerful riffs – it offers an insight into the music styles that have influenced Black Sabbath. It’s Tony Iommi showing everyone who’s boss.

Black Sabbath can go from heavy metal to this sweet, melodic instrumental and they will always deliver. These boys never did a half-ass job of anything. Even their least appreciated songs deserve some love. Besides, it’s tunes like this that help you mentally prepare for the next headbanging, hard-rocking, jaw-dropping song. Consider this a quick respite from all the other menacing things ahead.

It may not be their best work but with that being said, it would’ve been a hit for other bands. The problem is they have so many other epic tracks that somehow this pales in comparison to them. But it’s still tight, cohesive, packs a lot of punch, and is straight-up kickass.

This may seem a bit weak compared to the other songs on this album but it’s still wicked and highly addicting. Critics were less forgiving though. This received generally negative reviews and most listeners claimed it was as if Black Sabbath were having an identity crisis of sorts.

It’s entirely different from the typical Black Sabbath song. Most of their tracks have that dark, evil, almost-threatening feel to them. “Changes” has nothing of the sort. Not for headbanging, no heavy riffs, but it pulls you in and only spits you back out into the real world after it has fully consumed you. We never thought we’d ever feel this moved and emotional after listening to a Black Sabbath tune.

Like most of their other songs, what the song is about depends on who you ask. Butler often says one thing, Iommi says another, and Osbourne will claim he either doesn’t know or doesn’t remember. And so it comes as no surprise that The Wizard here could refer to Gandalf from Lord of the Rings or the group’s drug dealer – two ends of the spectrum, sure, but that’s the way it has always been with them. Besides, only they can incorporate harmonica and still make the song sound heavy.

Ten minutes of glorious blues-infused metal music. It’s a cover song but the band took it and made it their own. They left their prints all over it. Of course it goes without saying that no Black Sabbath song is complete without Iommi’s aggressive riffs.

10. Children of the Grave

You can never play this song loud enough. The riff is a lot heavier and darker but still catchy all the same. The pounding drum line and excellent vocals took it to the next level. In one interview, Osbourne said “Children Of The Grave was the most kick-ass song we’d ever recorded.” And if the Prince of Darkness says it so, then it must be true.

One of their underrated tunes, no one else would dare to write about cocaine the way Black Sabbath did. On the liner notes of Vol. 4, they even wrote “We wish to thank the great COKE-Cola Company.” They were never shy about their drug use but even if you remove that out of the equation, you’re still left with a brilliant song with riveting riffs.

Geezer Butler once said this was inspired by the skinheads they encountered who they referred to as the “fairies” in the song. However, Iommi claimed both Butler and Osbourne actually saw fairies in the park while they were smoking weed. And not surprisingly, Osbourne doesn’t know what the song is about. The thing is, the title isn’t the most metal thing ever but it’s trippy all the same. It also has the Black Sabbath template – catchy guitar riff, interesting lyrics, and face-melting solo.

It’s diabolical and it’s meant to make the listeners feel fear creeping in on them – as if evil is lurking just outside their window. No matter how old you were when you first heard it, chances are it scared the crap out of you. It’s the heavy metal song to end all heavy metal songs – the standard by which all others are measured. The slow buildup, the menacing sound, the creepy vocals – decades from now, people will look back on this and remember it was the moment heavy metal was perfected.

If you don’t have at least one song dedicated to drugs, are you even a rock ‘n roll band? Okay, that may not make a lot of sense but you know what we mean. It’s an ode to marijuana – just Ozzy Osbourne singing about his love for the sweet leaf and even encouraging the listeners to “try it out.” It may be trippy but the riff is no joke. Plus, Iommi contributed his ahem… vocals to it. Before recording, he hit up some weed and he ended up coughing so hard. They decided to record that and include it for the intro. Iommi said it was “the finest vocal performance of my entire career!” How appropriate.

In 1973, Iommi was exhausted and drained – both physically and creatively. According to him, “Ideas weren’t coming out the way they were on Vol. 4 and we really got discontent. Everybody was sitting there waiting for me to come up with something. I just couldn’t think of anything. And if I didn’t come up with anything, nobody would do anything.” So they ended up renting Clearwell Castle and even used the dungeon as rehearsal studio. It was haunted and creepy but it did help Iommi’s writing block. That’s probably why this epic tune sounds haunting and actually a bit scary.

Parents used to warn their kids about listening to heavy metal because it’s all about the devil. They may be right in this instance. N.I.B. is essentially about Lucifer but here’s the plot twist, it’s not about him feeding on the sufferings of the innocent but about how he fell in love and therefore changed his ways. Sure, it doesn’t seem like the best story but this masterpiece highlights Geezer Butler’s melodic bass solo. Even with the cheesy lyrics, the killer riffs and vocals more than make up for it.

Plenty of people would say this is overrated but we beg to differ. It’s brutal and unforgiving. It’s a heavy metal song of barbaric proportions. It’s wild from start to finish and it’s easily one of their most recognizable tunes.

The riff and the vocal performance are both riveting. Basically “written as an afterthought” and was supposed to be just a filler for the album, the lyrics were written in mere minutes. But Black Sabbath brought their a-game and created a heavy metal song that would transcend time and generation. It’s catchy and a classic through and through. Even non-fans found themselves putting this on loop.

It’s one of the songs that accurately define the band – dark, heavy, and dramatic. It was the perfect opening track for Paranoid. It’s bursting with so much rage and angst, it’s basically like a punch in the face. With Iommi’s behemoth tone, it raised the bar for every other metal song.