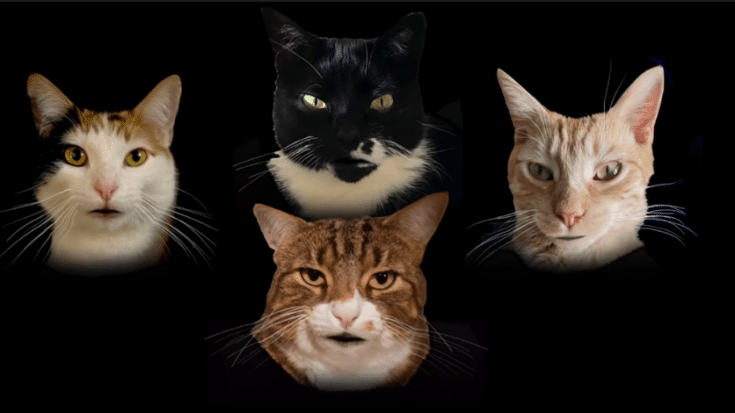 Just when you think you’ve seen and heard all the cute, unusual, and hilarious “Bohemian Rhapsody” covers out there. This new parody features a quartet of adorable cats singing reworked lyrics.

It’s perhaps one of our favorite videos because we all know Queen frontman Freddie Mercury was a cat person. He loved his furry friends so much that he often checked in with them while he was away on tour. Mercury also famously dedicated his 1985 solo album Mr. Bad Guy to his cats.

“This album is dedicated to my cat Jerry,” he wrote on the liner notes, “also Tom, Oscar and Tiffany and all the cat lovers across the universe — screw everybody else!”

It was Mercury’s one true love and best friend Mary Austin who introduced him to cats. She purchased a pair of felines named Tom and Jerry.

“He’d get to a hotel, we’d dial through, and he really would talk to his cats,” Mercury’s personal assistant Peter Freestone wrote. “Mary would hold Tom and Jerry in turn up to the receiver to listen to Freddie talking. This continued throughout the years with succeeding feline occupants of his houses.”

Mercury had a total of 10 cats, and each of them received treats and toys during Christmas.