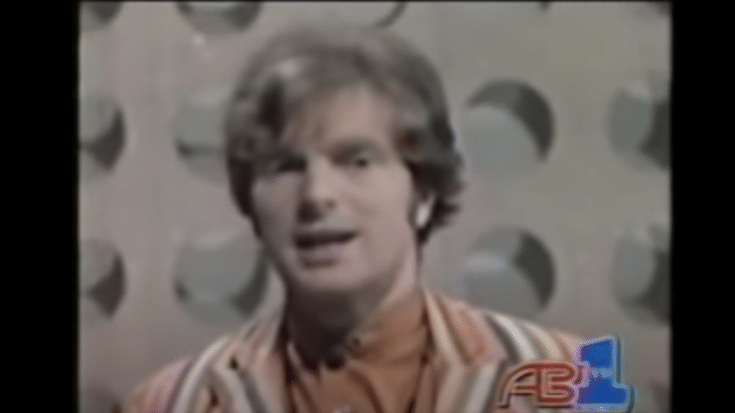 He’s A Bit Disinterested In The Clip

Van Morrison was only 22 years old when he appeared on American Bandstand to perform “Brown Eyed Girl.” It aired on November 11, 1967, just a few months after he released his debut album “Blowin’ Your Mind!” During the brief interview, host Dick Clark asked the young rocker if he has any spare time for himself. To which he responded with, “Not much – I kind of, just walk up to parts of cities, the rain.”

Of course, he had to lip-sync the song and it’s pretty clear that he’s not exactly comfortable doing it.

Check out his performance below.

“Brown Eyed Girl” became Morrison’s signature song. It may have only peaked at #10 on the US Billboard Hot 100 but it stayed on the charts for 16 weeks. It has been covered numerous times and still remains a staple in classic rock radio stations.

Its original title was “Brown-Skinned Girl” but he changed it during recording. He said, “That was just a mistake. It was a kind of Jamaican song. Calypso. It just slipped my mind [that] I changed the title.”

He added, “After we’d recorded it, I looked at the tape box and didn’t even notice that I’d changed the title. I looked at the box where I’d lain it down with my guitar and it said ‘Brown Eyed Girl’ on the tape box. It’s just one of those things that happen.”