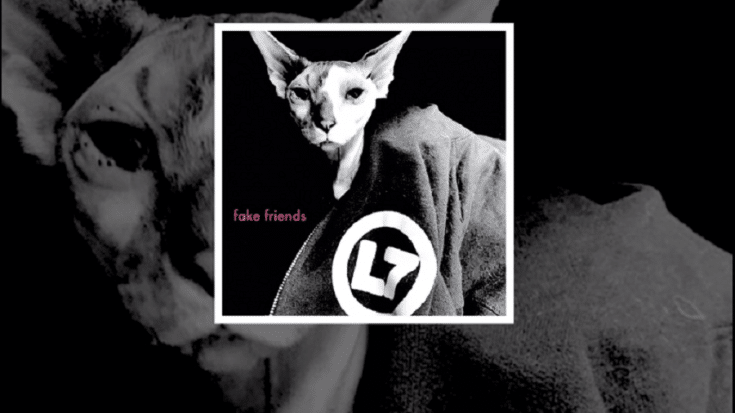 Along With A New Version Of Their 2019 Track

Grunge band L7 teamed up with rock icon Joan Jett for a fiery and explosive cover of Jett’s 1983 single “Fake Friends.” Donita Sparks takes over the lead vocal duties with Jett providing the harmony and also kicking things up a notch with her guitar.

In a statement, Sparks said: “To have Joan’s vocals on this track along with mine is super surreal and cool. Our band has experienced many fake friends, especially when you’re down. Some of these people you thought were your friends are nowhere to be found. Your phone calls aren’t returned, etc. It’s painful and it sucks. Then you find out who your true friends are.”

On the B-side of their new single is “Witchy Burn” – a reworking of their 2019 song “Burn Baby” from the album “Scatter the Rats.”

The release of both songs was supposed to coincide with the start of their New Zealand and Australia trek in May but they decided to drop them earlier since their tour was canceled because of the coronavirus pandemic.

Sparks added, “When the tour got canceled due to this horrible virus, we decided to release the tracks as a way to keep our fans’ spirits up a bit, as well as our own. New material gets everyone excited and happy and maybe gets them dancing around their cribs. That’s something positive the band can do for our fans in these uncertain times. When rock and roll duty calls, L7 answers.”

Listen to both tracks below.