Was Ronnie Van Zant Slated To Become The Next Great American Country Legend? 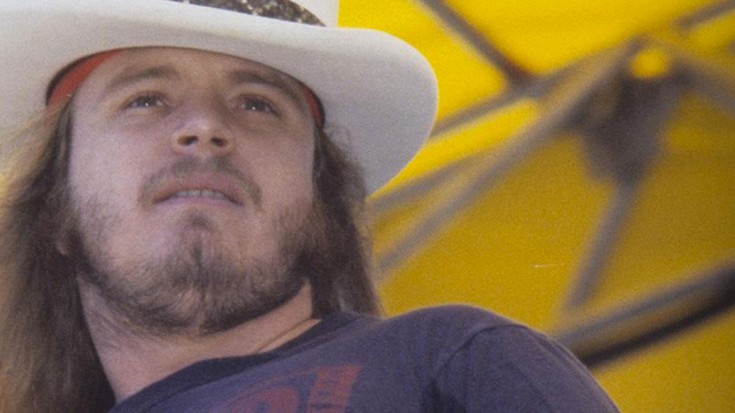 It’s no secret that Ronnie Van Zant of Lynyrd Skynyrd was a huge fan of country music. He grew up taking long truck rides with his father Lacy and little brothers Donnie and Johnny, learning life lessons to the tune of country legends Johnny Cash and Merle Haggard, whose “Honky Tonk Night Time Man” made it onto Skynyrd’s 1977 album Street Survivors and whose musical influence always played a role in Ronnie’s life – both as a songwriter and as a man. What’s not as widely known, however, is that Ronnie had dreams of expanding upon his success as a Southern rock artist and branching out into the country music world.

In fact, according to former Honkette Leslie Hawkins-Johns, Ronnie had plans to write and record his country debut the following spring and guitarist Gary Rossington revealed that as far back as 1976, the band was already discussing the possibility of bringing in Johnny Van Zant on vocals, leaving Ronnie free to write and manage both his career in country and Lynyrd Skynyrd:

“We talked about Johnny back in those days,” Rossington said. “Ronnie wanted Johnny to sing. Ronnie would write the songs, manage us and he’d get into country.”

“There was talk about doing solo albums. But those were all just maybes.”

Though Ronnie took his dreams of country stardom with him when he left us, he did leave us with a glimpse of what would have been in the form of Van Zant – the country outfit featuring Donnie and Johnny Van Zant – the same little brothers he introduced to Merle and Johnny and Waylon a lifetime ago.