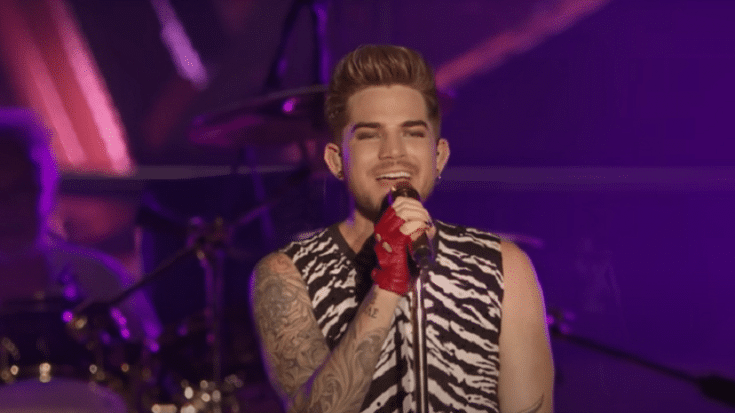 Queen + Adam Lambert performed the Freddie Mercury solo cut “I Was Born to Love You” for the first time during their stop in Japan. They headlined Japan’s biggest rock festival called “Summer Sonic” on August 17, 2014 at Tokyo’s Marine Stadium. This will be included in their upcoming concert album titled “Live Around The World” which will be out on October 2. It features Queen’s greatest hits along with rarities and deep cuts.

According to guitarist Brian May, “I had an obsession with the song and had the idea to make a new version, simulating how it would have sounded if we had been able to play it live with Freddie on stage. So the Queen version was put together as a ‘virtual’ live track, using Freddie’s spectacular vocal as the central thread.”

He added, “Roger [Taylor], John [Deacon] and I played our parts live to a rearranged template I’d put together — complete with some additions to the arrangement, taking some liberties with the vocal, and even borrowing some choice Freddie ad-libs, to add to the feeling that it was a live band recording. Little did we know that years later we’d have the opportunity with Adam to finally bring this arrangement to life on a real stage.”

Recalling the aforementioned event, May said: “We all thought it was quite a difficult gig. The audience was wonderful, but with the extreme heat and humidity, it was very difficult to play. However, when we saw the video, we all thought that it had great energy and the interaction with the crowd was great.”

Queen + Adam Lambert were supposed to embark on a European tour but their plans have been derailed because of the ongoing pandemic. They have moved the dates to 2021.