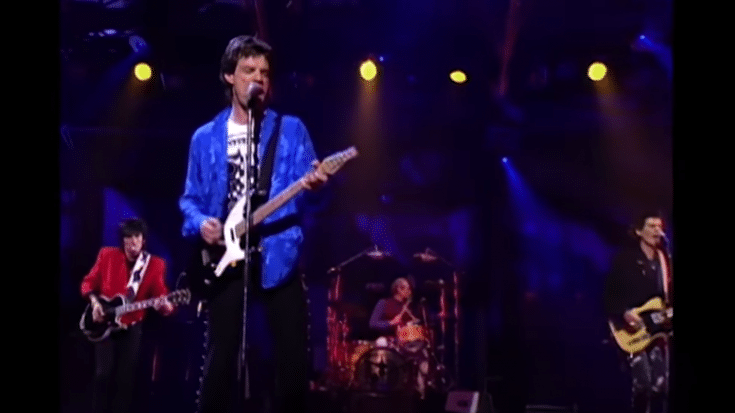 The Rolling Stones have just dropped the performance video of their 1989 song “Mixed Emotions”. It’s part of their “Steels Wheel” concert film which they recently released a few days ago. The six-disc collection includes a 10”x 10” hard slipcase, a 40-page hardback book, and a gatefold disc-holder.

“Mixed Emotions” was written by Mick Jagger and Keith Richards while they were on vacation in Barbados. It’s a straightforward rocker that became the first single of “Steel Wheels”. It peaked at #5 on the US Billboard Hot 100 and was also a hit in several countries.

Richards said, “I think we cut that in Montserrat, an island that no longer exists. That smoldering heap of volcanic eruptions. And we were the last guys to cut there. That was the last record anybody cut there. It’s what happens when you work with The Stones. They got a hurricane and then it erupted. It was a pretty island once. With “Mixed Emotions” I think I had the music and I went to Mick and said, bring your bit to it. Because it’s a two-way street a lot of the time.”

He continued, “I mean there was a time when Mick and I used to write face-to-face all the time. But we were on the road then. Now we can bring ideas to each other and sometimes it’s strange – we hadn’t seen each other for maybe five or six months and we get together and funny enough, we’d each have written a piece of music that actually fits together even though we haven’t been in communication with each other.”