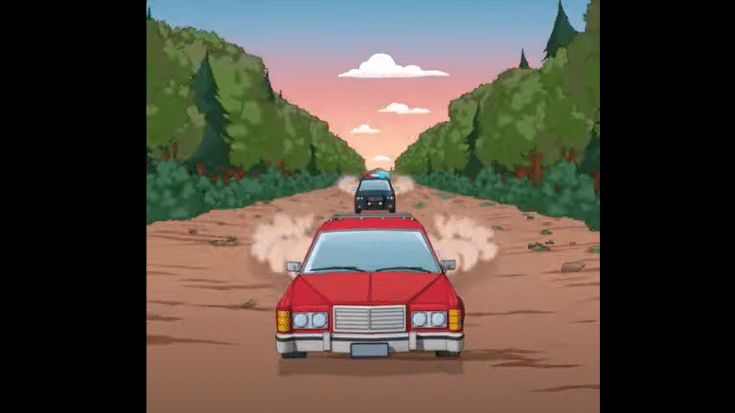 The Van Halen classic “Panama” was featured on an April 26 episode of Family Guy titled “Coma Guy.” Lois tells Peter to head to the library and borrow George Orwell’s book 1984. Peter ends up listening to Van Halen’s sixth studio album 1984, instead. And of course, he starts emulating the legendary rock band like wearing ’80s spandex outfits a-la David Lee Roth, and driving away from the cops.

We won’t spoil anything else, just check out the videos below. Besides, this isn’t the first time Family Guy featured classic rock songs in their show.

“Panama” is the third single from 1984. The song is actually about a car. David Lee Roth wrote it after one reporter accused him of only writing women, drugs, and fast cars. Realizing he hasn’t written about fast cars, he went on to write the words to “Panama.” It may be about the racing car “Panama Express” or Roth’s own Opel Kadett. In another interview though, Roth admitted he may have also written a bit about a stripper he knew without even realizing it.

“Panama” peaked at #13 on the US Billboard Hot 100 and #64 on the UK Singles Charts. Still, it became one of their most popular and enduring songs.