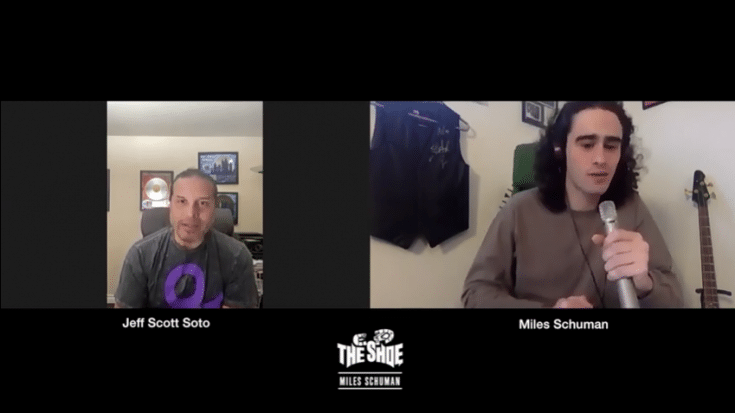 He Said “There Were Inklings At One Point”

In a new interview with Miles “The Shoe” Schuman, Jeff Scott Soto revealed that there were talks about him joining Queen before Adam Lambert landed the gig. Soto was one of the four vocalists for the official tribute band Queen Extravaganza.

He said, “I can’t go into the specifics and I don’t wanna go into anything that throws caution to the wind, basically. I can’t really elaborate. There were discussions, let’s just put it this way. There was a short little window of time before Adam that there was a discussion and it didn’t get past that. So I’ll just leave it at that.”

He then added, “I value my friendship and everything that I have with those guys, so I’m not gonna say anything to pat myself on the back just for people to go, ‘Hey, you should have…’ It’s not necessary. But to answer your question, and to be honest and truthful about it, yes, there were inklings at one point, and it just didn’t turn into anything.”

Soto is no stranger to singing for legendary bands. He briefly became Journey’s lead singer and he also sang on Yngwie Malmsteen’s first two albums. And of course, he’s the current vocalist of supergroup Sons of Apollo.

Soto has always been vocal about his admiration for late frontman Freddie Mercury. He explained: “I’ve said it many a time in interviews and anybody that’s asked me why I pick on QUEEN [as a musical inspiration] so much, Freddie [Mercury] and Steve Perry [JOURNEY], they’re part of my DNA. I’m not trying to be them — I’m just so influenced by their music and what they left behind and their legacies. That’s one of the reasons why I personally thought I fit so well with JOURNEY, because even though I don’t sound like Steve Perry — maybe I did when I was younger, but by the time I started singing with them, I was older and huskier in terms of my delivery. So those two bands were something I could have stepped into naturally without trying to emulate and trying to be a tribute version of them. They both mean so much to what I do as a singer that it was just a natural thing for me to be able to step into JOURNEY, and it would have been just as natural to step into QUEEN.”

Earlier this month, Soto joined Queen members Brian May and Roger Taylor, and Brazilian bassist Kuky Sanchez for a rendition of the Queen classic “We Are The Champions.”