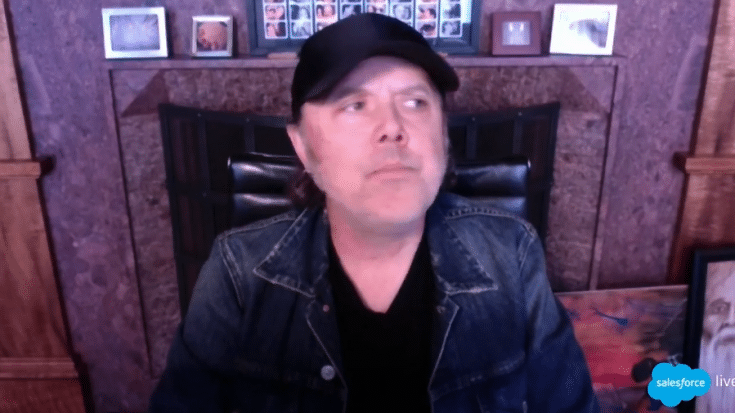 He And His Bandmates Keep In Touch via Zoom

On April 28, Tuesday, Metallica drummer and co-founder Lars Ulrich was on Salesforce’s livestreamed interview by CEO Marc Benioff. They talked about the coronavirus pandemic and its global effect, and how Ulrich and his bandmates stay connected even while quarantining at home.

He said, “The four members of METALLICA connect via Zoom once a week, and it’s great to connect. All four of us are, obviously, in four different locations in four different states right now. But one topic of conversation on these weekly Zoom sessions is what does it look like going forward? What will the next couple of months look like? What will the rest of the year look like? And what will, obviously, say, the next decade look like in terms of how do we create, how do we write music, how do we record music, how do we share music, and how is it all gonna look with the uncertainties ahead of us.”

Speaking about the possibility of a new Metallica album, Ulrich explained: “The people that make all the software and all the stuff that all use to record are sitting right now trying to figure out how Lars and James [Hetfield] and Kirk [Hammett] and Rob [Trujillo] can make a METALLICA record from four different locations in four different states. And that’s something that we’re obviously circling and very excited about.”

He further added, “So, will there be a METALLICA quarantine record? I can’t tell you, because, again, I don’t know how long the quarantine will last. But if you and I and the rest of the world are sitting here six months from now or a year from now, I’d say there’s a very good chance.”

Metallica was slated to embark on a tour and headline a handful of festivals but with the current crisis, the dates have been moved or canceled altogether. Check out the rest of the interview below.