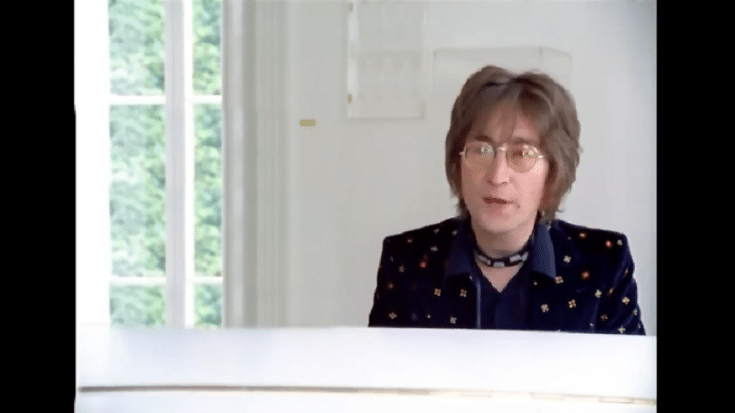 The COVID-19 pandemic has forced people to stay at home. It can get boring quickly so there are those who resorted to taking on new hobbies, or reading more books, and watching a couple of films and series. But there’s this guy named Alexander Romanov who got so bored and apparently had enough time on his hands to edit the official music video of John Lennon’s iconic 1971 song “Imagine.”

The original version features Lennon and Yoko Ono. But Romanov decided to edit her out. Check out the clip below.

Ono is, of course, instrumental to the creation of “Imagine.” The poems from her 1964 book Grapefruit inspired Lennon to write the track.

It was initially credited to Lennon alone but in 2017, Ono eventually got her co-writing credits. Lennon once admitted that it “should be credited as a Lennon/Ono song. A lot of it – the lyric and the concept – came from Yoko, but in those days I was a bit more selfish, a bit more macho, and I sort of omitted her contribution, but it was right out of Grapefruit.”

Speaking about why she was left out at first, Ono told The Guardian, “We felt that it was better with the Lennon name. Songs sometimes have their own power and meaning, so Imagine was definitely better with John’s name, at the time.”