Update: The Doors Just Slammed The Jenners In A Truly Epic Fashion, And It’s As Great As You Hoped 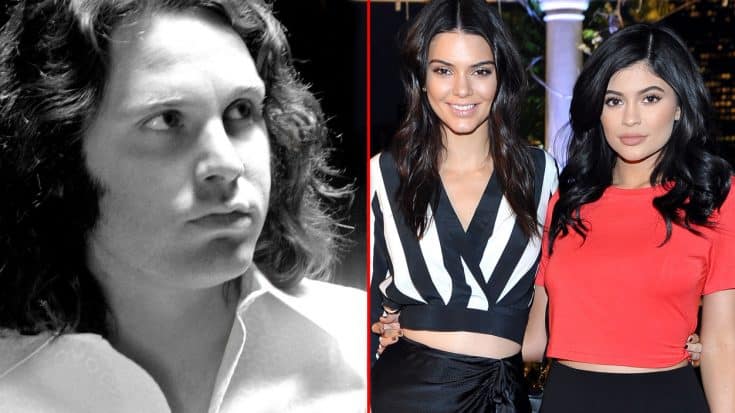 Just as we expected, it’s turning out to be a very, very long day for Kendall and Kylie Jenner following the highly controversial release of their ‘brand new vintage’ band t-shirts. As we reported earlier, the sisters’ clothing line Kendall and Kylie released a line of t-shirts bearing album art and logos from classic rock and metal bands with their giant “KK” logo and in some cases, a selfie of 21-year-old Kendall, plastered over it, earning the outrage of Twitter users who slammed the project as being both incredibly lazy and in incredibly poor taste.

Among those whose logo was used by the Jenners was seminal classic rock act The Doors, who remained silent on the matter until just a few moments ago when it was announced that the band had issued a scathing cease-and-desist letter to Kendall and Kylie Jenner. As we kind of expected, the Jenners neither sought permission or contact from any of the surviving Doors, and manager Jeff Jampol wasted no time blasting the Jenners for a decision he calls “ironic, at least, and criminal, at worst, both morally, ethically and artistically.”

“This is a case of people who fashion themselves as celebrities who are famous for being well-known but don’t actually do anything trying to utilize and steal and capitalize on the legacies of those who actually did do something and created amazing art and messages,” said Jampol in an interview with Rolling Stone.

It’s the polar opposite of the artists that they’re trampling all over. It’s just spitting in the face and on top of art and message and soul and legacy.”

That makes two cease-and-desist letters so far for the Jenner girls; they were hit with one this morning from the mother of slain hip hop artist Notorious B.I.G., Voletta Wallace, after it was discovered that his logo and album art were among those defaced by the Jenner brand.

As of this afternoon, the shirts have been pulled from social media and the Jenners’ online store and while we haven’t heard from the other artists involved,  judging by today’s response to their product it’s safe to say that we thankfully will not be seeing those shirts again