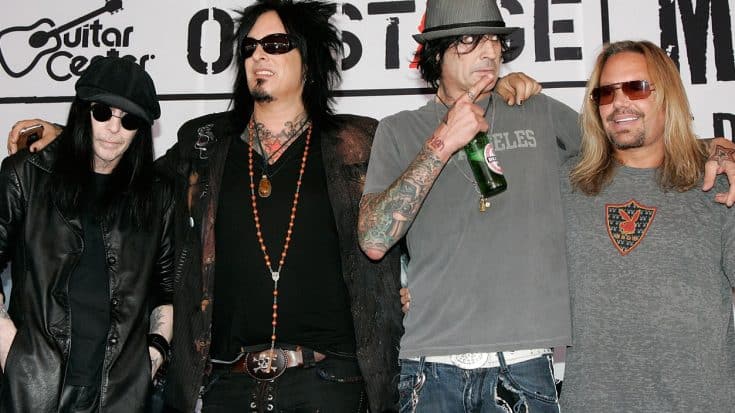 The hottest in reality television is about to get even hotter as American Idol makes its return to primetime tv, armed with a brand new network and a brand new set of judges ready and rarin’ to give out a few golden tickets to Hollywood. With a veritable who’s who list of celebrities vying for a seat on the judges’ panel, it’s looking more and more like American Idol is about to get a little louder with the possible addition of Mötley Crüe bassist Nikki Sixx, marking a new era in the legend’s 40 year career as he ponders the next phase of his life after announcing that he’s “unofficially retired” from touring.

Still in talks to join Katy Perry and potential judge Lionel Richie, Sixx’s possible addition to the Idol family isn’t the first time the show has enlisted someone from the rock world to bring a little edge to the show (shoutout to our favorite judge, Steven Tyler!) and on a show that’s launched the careers of some of the biggest stars in country music and pop music, we’re hoping that someone with a long history in rock and roll will finally help find the next great American rock singer.

Though he’s slated to receive less than Katy Perry and Lionel Richie who are bringing home salaries of $25 million and $3 to $5 million according to TMZ, Nikki Sixx isn’t doing this for the money – this actually means something to him, and we’re excited to see what he brings to the table.