UPDATE: Steve Perry Will NOT Be Performing With Journey Tonight—Band Issues Statement 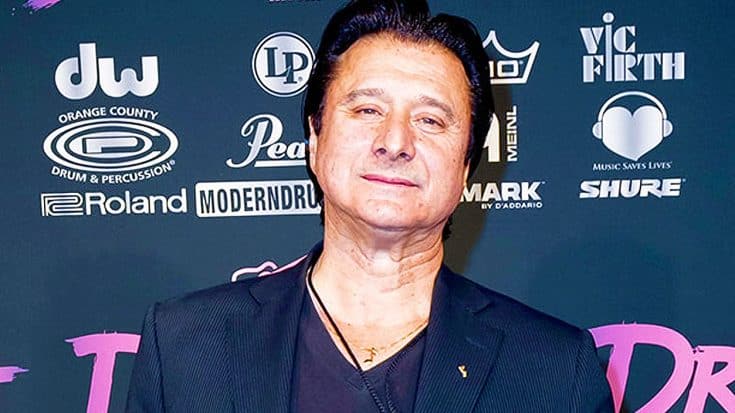 Contrary to what was previously reported earlier today, Journey have released a statement prior to tonight’s Rock and Roll Hall of Fame induction ceremony, and have announced that former lead singer Steve Perry will NOT be performing with the band tonight.

Media outlets everywhere reported earlier this morning that Perry would reunite and perform with the band for the first time since 1991 this evening. However this afternoon Journey put the kibosh on the rumors and released a statement confirming the opposite. TMZ first reported the news with this release:

TMZ has issued the following statement: “We have just been contacted by reps for Journey, who say the band knows nothing about Perry performing and Perry’s own reps know nothing about it as well. Several sources who work with Friday night’s production say they have been told Perry will perform, but top officials at the Rock & Roll Hall of Fame say they have no knowledge of it. The 3 songs have already been blocked for the show.
“Journey’s rep Larry Solters tells TMZ, ‘Steve Perry will NOT be performing tonight.’
“One source says, ‘The wild card is if Perry just decides to sing when he gets onstage.’”

Guitarist Neil Schon has stated that the current lineup of the band: himself, Arnel Pineda, Jonathan Cain, Ross Valory and Steve Smith, would be performing three songs. They are scheduled to perform “Lights,” “Don’t Stop Believin'” and “Seperate Ways.” However, it’s been reported that the performance will actually be blocked from the broadcast, meaning only people at the event will be able to see it.

Maybe that “wild card” theory will work out, and Steve will actually perform, but we wouldn’t count on it. At least our hopes were up for a few hours.