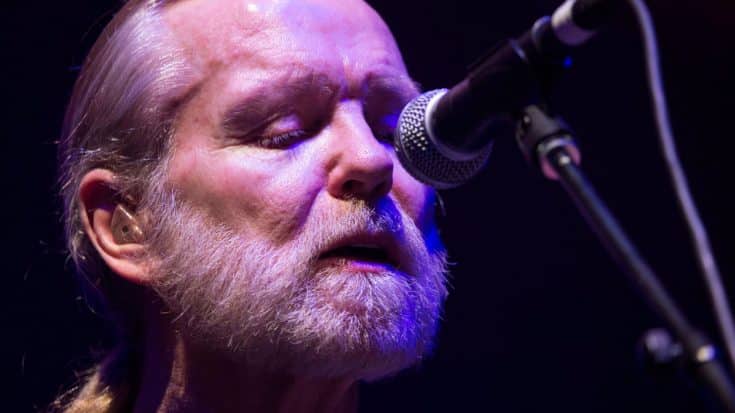 Rock Legend Passed Away Saturday At 69

On Saturday, May 27th the world let go of one of its best and brightest as Southern rock pioneer Gregg Allman died peacefully at his home in Savannah, Georgia at the age of 69. While no cause of death was officially given in the hours directly following the news of his family, it’s been revealed in the days since that the Allman Brothers Band founder’s death stems from complications from liver cancer, a battle he’d fought before.

Manager and longtime friend Michael Lehman confirmed Allman’s cause of death in a brief statement to the Associated Press (via ABC News), also revealing why the 69-year-old rock legend was so determined to keep his most recent health battle under wraps; in a move that both makes us shake our heads sadly and crack a slight smile, Allman’s decision further reminded us of two things – his tenacity, and his lifelong love affair with music:

“It’s a result of his reoccurrence of liver cancer that had come back five years ago. He kept it very private because he wanted to continue to play music until he couldn’t.”

And play until he couldn’t, he did. Before his illness forced him to cancel all remaining tour dates, Allman’s last concert took place in October 2016 and though he eventually had to scrap plans for future performances due to his weakened state, something tells us that Gregg always anticipated getting back out there one last time, even when the fight was getting more and more difficult and rumors poured in that the legend was in hospice care.

As always, our hearts are with Gregg’s family and friends during this difficult time, and we thank Gregg with everything we’ve got in us for 5 decades of the greatest music the world will ever know.