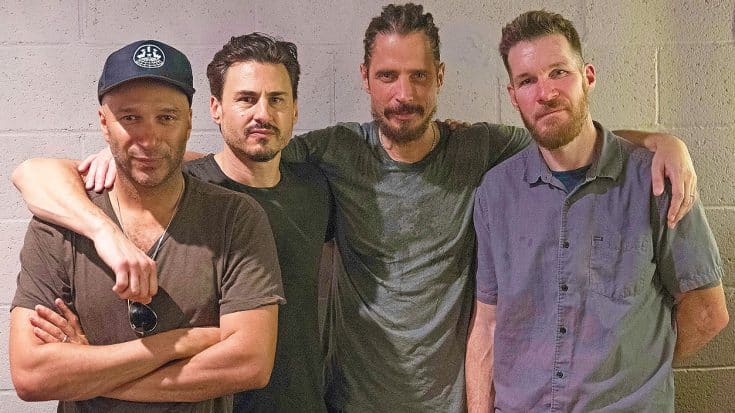 It’s just not the same without his amazing voice….

It’s almost been two weeks since the world have been unfortunately without Chris Cornell. The legendary vocalist, guitarist and frontman of bands like Audioslave, Temple of the Dog and Soundgarden took his own life on May 18th at the age of 52. Since then, tributes to him from musicians from all backgrounds have been pouring in, and the most recent one is a little difficult to watch.

Members of Audioslave came together for their first rehearsal without Chris Cornell. The members also play in another band called Prophets of Rage, so while rehearsing for an upcoming Prophets of Rage show, the band decided to take a break, and play “Like a Stone” for the first time without Cornell.

The performance is pretty emotional, considering Cornell’s legendary voice is notably absent, and you can see the band members are visibly moved by it. Morello’s solo is as powerful as ever, and even though he’s no longer on earth, if you listen closely and close your eyes, you can hear Cornell’s voice belting out this classic.

Check out the clip down below!