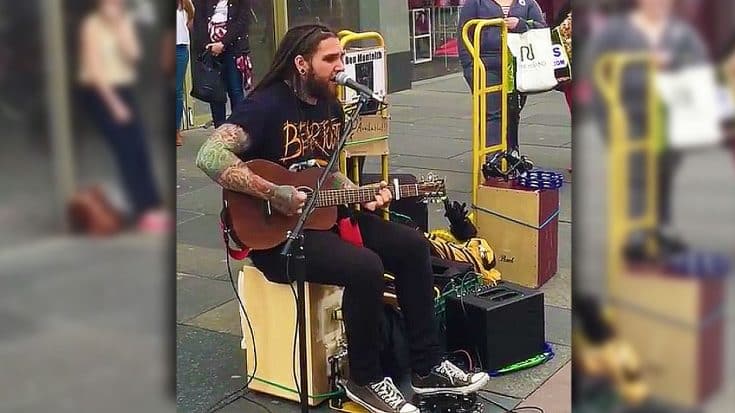 You’re Gonna Want To Turn This One Way, Way Up!

Guys, we love The Fray’s “How to Save A Life” and we love it in any way we can get it. Whether it’s a casual fan singing along at the top of their lungs while waiting in traffic, a well rehearsed cover on YouTube or The Fray themselves showing us how it’s really done, there’s not a song in existence that hits us in the solar plexus the way “How to Save A Life” does, and that’s exactly what makes it so great!

In the case of Scottish busker Ben Monteith, “How to Save A Life” is a Fray classic that’s had its hold on him for quite some time, prompting him to spend several months learning it from the inside out and using his entire busking setup to craft a fiercely unique take on one of music’s most loved record breakers that beautifully blends together that homegrown feel with The Fray’s highly celebrated brand of songwriting and composition.

Fun Fact: With over 22 million views to its name, Ben’s cover of “How to Save A Life” is about to reach heights unknown as the singer-songwriter preps his first album release, Busking Live, available in early June 2017.

Recorded on a busy sidewalk in Glasgow, Scotland, Ben’s take on “How to Save A Life” is nothing short of an emotionally charged good time as he navigates both the song’s rhythm and lead sections, crafting some serious magic while armed with only an acoustic guitar, a kick drum and a small tambourine at his feet; if the smile on his face is anything to go by, then Ben’s having just as good a time playing it as we – and the ever growing cast of characters on the streets of Glasgow – are watching it. Check it out in the video but beware – you won’t be able to hold still for a single moment! Happy viewing!