UPDATE: And The Drama Begins In Day 2 Of Led Zeppelin Trial 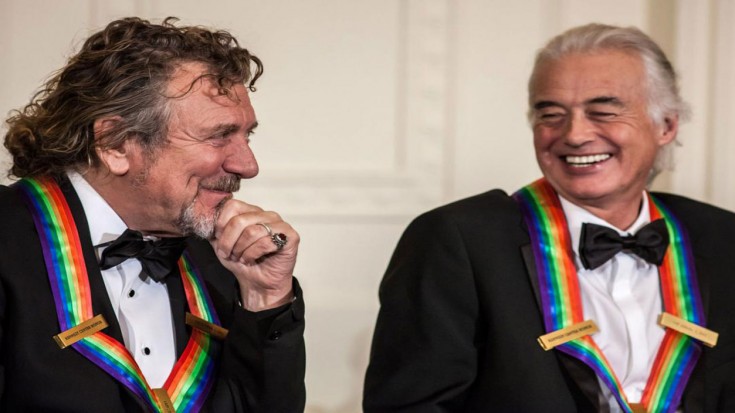 Jimmy Page Confused By The Comparison

As the Led Zeppelin case headed into its second day in court, it’s safe to say things got a little more interesting.

After finishing up a continued testimony with Spirit’s Jay Ferguson and Mark Andes, and an apparently insignificant testimony from Spirit super fan Bruce Pates, it was time for Jimmy Page to take to the stand.

Stairway To Heaven trial coverage of day 2 via @RollingStone https://t.co/cxKVUOtJWG

Malofiy, Skidmore’s attorney, was relentless in his questioning of Page, calling the Led Zeppelin guitarist the ‘alleged songwriter’ of “Stairway to Heaven.” His questioning mostly focused around capturing Page’s familiarity with Spirit’s music and different accounts of when the two bands met in person.

Page claimed that he had never heard “Taurus” until recently when the Internet had sparked a debate on the comparison of the two songs.

“My son-in-law brought it up; I don’t do the Internet, so he played it for me,” Page said in court. “When I heard the orchestral part at the beginning, I knew I’d never heard it before … When it started, I was confused by the comparison … [I thought] ‘What’s this got to do with ‘Stairway’?”

Page also admitted that he had purchased Spirit’s second and third album, but couldn’t exactly remember buying the 1968 album that “Taurus” is on, citing his extensive collection of “4,329 LPs and 5,882 CDs.”

“To be honest, I could’ve bought it or been given it,” Page stated.

Overall, Page seemed casual throughout questioning, offering sarcasm in response to Malofiy’s questions and even dancing when both songs were played for the court.

The third day of trial will continue with testimony from Page, and Robert Plant will also take to the witness stand.