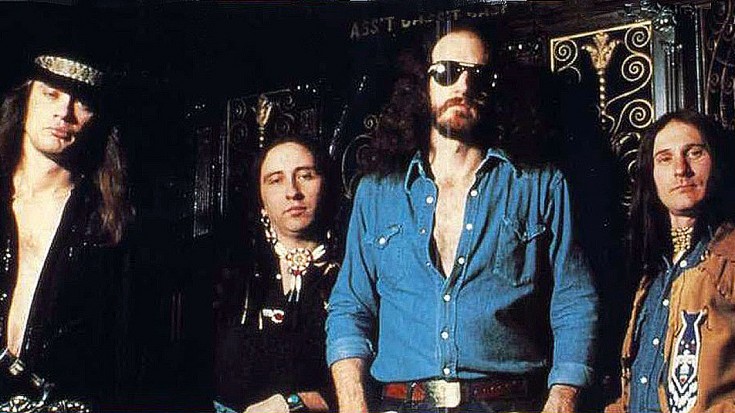 Rickey Medlocke may be rocking stages all over the world with Lynyrd Skynyrd as he enters his 20th consecutive year with the Jacksonville natives, but his heart still holds a soft spot for his very first band – Jacksonville Southern rock act Blackfoot. Reformed in 2012 with an all new lineup and under Medlocke’s guidance, Blackfoot is gearing up for the summer of a lifetime with the August 2016 release of Southern Native, the band’s first album in 22 years and the first to feature lead guitarist and singer Tim Rossi, guitarist and vocalist Rick Krasowski, bassist Brian Carpenter and drummer Matt Anastasi. For Rossi, the birth of Southern Native and working side by side with Rickey Medlocke had a deeply symbolic moment that wasn’t lost on anyone in the band:

“Rickey bridged the generations by having his grandfather, Shorty Medlocke, play on those early Blackfoot records,” Rossi says. “So having Rickey play slide and other guitar with us on this record bridges the modern gap. It’s a full-circle kind of thing.”

Fiercely proud of Blackfoot’s legacy and future, Medlocke instructs listeners to “turn it up LOUD!” and in a press release for Southern Native declares that the album promises to be “head-to-head, old school-meets-new school, classic to new rock for a brand new generation”. Judging by how hard Blackfoot has rocked for decades, we can only imagine the kind of hard rockin’ Southern rock goodness they’ve got in store for us!