Great News For AC/DC Fans! This Is What We’ve Been Waiting For! 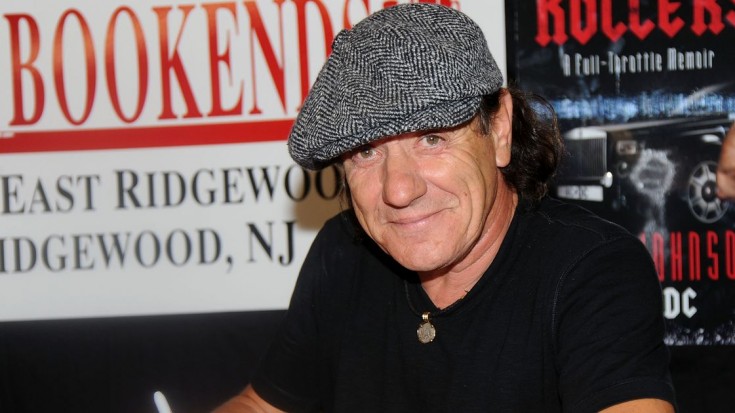 We Will Finally Hear The Unpublished Version of Brian Johnson!

Brian Johnson is arguably the greatest rock vocalist of all time. His consistent and hard hitting vocal style has resinated AC/DC fans for over 30 years. His vocal style is possibly the most recognizable in hard rock, or in all of music, for that matter.

But could you imagine Brian Johnson singing in a soothing soft-rock band? Neither could I, but apparently, that’s what we may be getting!

Before joining AC/DC, Brian Johnson sang for the Jasper Hart Band. The Jasper Hart Band was a soft-rock band dating back to the early 70’s. With the band, Brian Johnson recorded ‘Down by the River’, ‘Overload’, and ‘Hair’ among others. The songs were recorded, but never released. Brian Johnson is currently being substituted by Guns ‘N Roses singer Axl Rose on AC/DC‘s north American tour. He’s off the tour due to complications with his hearing, though he has stated that he is planning to return to finish the tour once his health issues have cleared up.

So what does this mean for fans of AC/DC? Could this ultimately change the way we hear Brian Johnson’s singing forever? Though AC/DC and the Jasper Hart Band are VERY different styles, Brian Johnson does not seem very apprehensive about these upcoming releases. So if he’s confident about these releases, then it’s safe to say we’re all in for a very big treat!