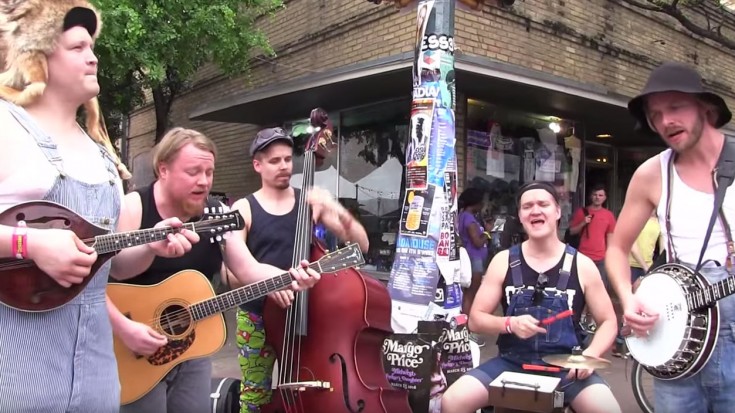 Steve ‘N’ Seagulls Hit the Streets During SXSW And Blow Everyone Away!

In 1987, Guns ‘N Roses released their ultimate party anthem “Paradise City”. It is the song that is played at every BBQ, tailgate, and all the stuff in between. The song itself is a joyful hymn in the realm of classic rock. This song is truly iconic and been played by virtually every rock radio station out there.

Fun Fact: According to Guns ‘N Roses guitarist Slash, “Paradise City” was written in the back of a rental van on the way back from a gig in San Fransisco.

So with this timeless song being as classic and recognizable as it is, you’d think a hillbilly version of this song might not be so good, right? Well, you thought wrong.

The boys from Steve ‘N Seagulls are back at it again and this time, they hit the streets during SXSW with their rendition of “Paradise City” and brother, it does not disappoint! With a healthy dose of hillbilly culture and a unique rhythmic approach to this classic song, every instrument is acoustic, and every voice is soulful. Combine these elements, and you can’t help but to sing along!