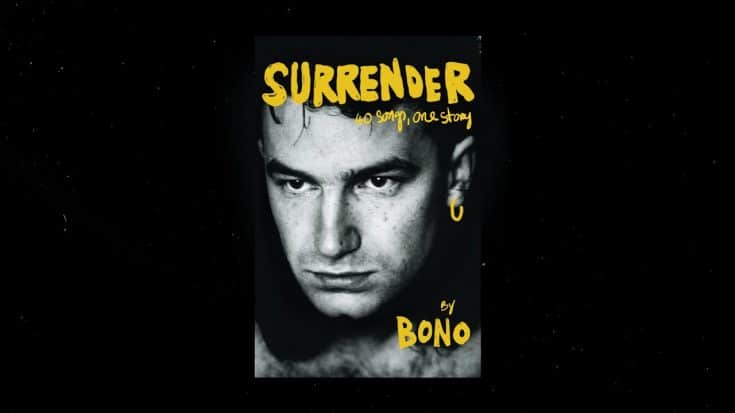 It has been rumored before that U2 frontman Bono is writing a memoir and now the singer recently announced on his 62nd birthday to publish “Surrender: 40 Songs, One Story” on November 1.

Publishing company Penguin Random House also confirmed the news. Bono has been telling his life story through songs, now fans are about to get to more of the singer from his words on a book.

The memoir will follow the singer’s early days growing up in Dublin, the sudden loss of his mother when he was fourteen, U2’s journey to becoming one of the world’s influential rock bands, and to his more than twenty years of activism dedicated to the fight against AIDS and extreme poverty.

Surrender: 40 Songs, One Story has forty chapters named after U2 songs and accompanied by forty original drawings by Bono, which will also appear throughout the package. He said on a statement:

“When I started to write this book, I was hoping to draw in detail what I’d previously only sketched in songs.

“The people, places, and possibilities in my life. ‘Surrender’ is a word freighted with meaning for me. Growing up in Ireland in the seventies with my fists up (musically speaking), it was not a natural concept.

“A word I only circled until I gathered my thoughts for the book. I am still grappling with this most humbling of commands. In the band, in my marriage, in my faith, in my life as an activist. Surrender is the story of one pilgrim’s lack of progress… with a fair amount of fun along the way.”

You can stream the preview video below where Bono reads an extract from his book accompanied with an animation.