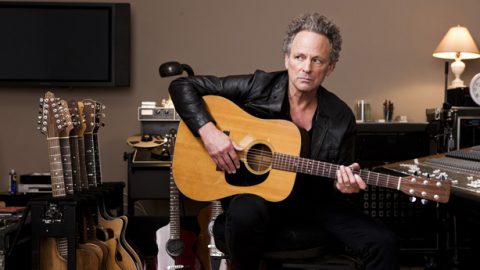 Lindsey Buckingham has postponed his upcoming UK and European tour after he and other members of his live band and crew contracted COVID-19. The tour was supposed to be the former Fleetwood Mac icon’s first shows in Europe as a solo artist.

The cancelled two-week run was set to launch in Dublin, Ireland on May 17 and be followed by a series of three UK shows before travelling across the continent for another six events and closing with an appearance at Denmark’s Heartland Festival on June 2.

Buckingham’s team posted on their social media a statement that read:

“It is with great sadness that we are announcing the postponement of Lindsey’s European tour.

“Along with other members of his band and crew, Lindsey contracted COVID-19 at the end of his latest North American tour, forcing that to end prematurely. Unfortunately, he’s still recovering and has no choice but to move the upcoming tour to a later date.

“This is heartbreaking for Lindsey, he was so excited to come to Europe for the first time as a solo artist this spring. We’re currently working on rescheduling the dates and hope to have some news to share on that very soon.”

The singer has released his self-titled solo album last year. He told Forbes about the album:

“I hear it as a pop album, which is an intention that I had. Not that there isn’t pop in everything I do to some degree, but I think I was consciously trying to think about it in that way.

“I think I was also consciously trying to refer back to earlier reference points that some of which were Fleetwood Mac. You can probably connect the dots between a song like On The Wrong Side and Go Your Own Way.”