Steven Tyler Joins Smokey Robinson For “You’ve Really Got A Hold On Me” Duet! 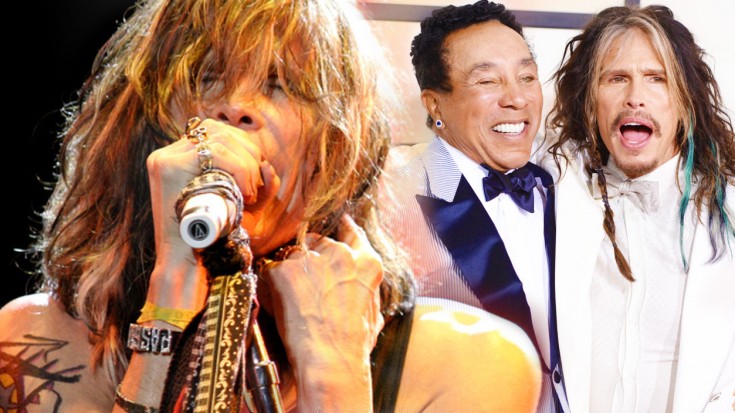 No one expected the collaboration that came between Smokey Robinson and Steven Tyler, but boy, was it amazing! Somehow, the two managed to put a slightly Aerosmith-esque rock spin on Smokey’s classic ballad ‘You’ve Really Got A Hold On Me’ for his 2014 album Smokey and Friends, and it’s one that we’re sure you’ll fall in love with – we sure did!

The contrast of Smokey’s honey smooth voice to Steven’s gritty, whiskey tinged one makes for a winning combination!

The Beatles and Smokey Robinson

Tyler isn’t the first rocker to make a run at this track. The Beatles also memorably covered it in 1963, with John Lennon handling the vocal, with the song’s title slightly modified to ‘You Really Got a Hold on Me.’

This updated rendition of ‘You’ve Really Got A Hold On Me’ is amazing! It brings a classic song into the 21st century, and it has massive crossover appeal.

Even if you’re a devoted soul and R&B fan who grew up listening to Smokey Robinson and The Miracles or you’re a rocker with more Aerosmith knowledge under your belt than the actual band, there’s literally something for everyone!