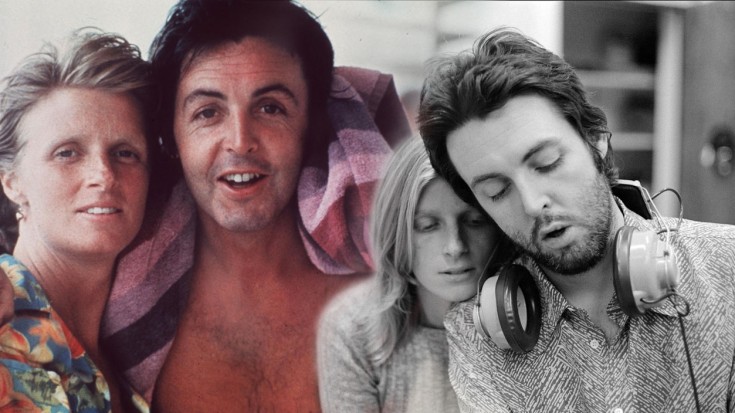 Paul McCartney serenades his love, and it might be the cutest thing we’ve ever seen!

Released on his third studio album, Band on the Run– “Bluebird” was written by Paul and Linda McCartney while vacationing in Jamaica.

Recorded in September of ’73 and released on January of ’74. Paul performed this track with his band, Wings.

McCartney used the flight of a bluebird as a metaphor for the power of love to set a person free from mental and physical constraints. The song definitely reflected his contentment with wife Linda, and the stability after the dissolution of The Beatles‘ business partnership.

This is such an incredible intimate moments between these two- we love watching their love.