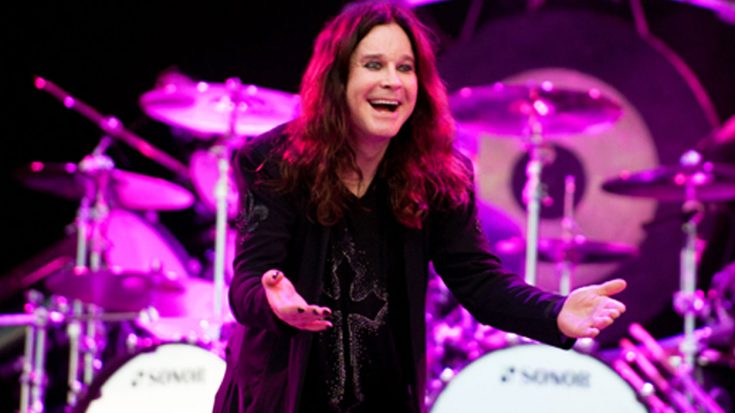 Ozzy Is still trucking along!

Black Sabbath officially closed the book on their career earlier this month. The band’s final curtain closed during a performance in their hometown, and fans have felt bittersweet about the entire thing. However, Ozzy Osbourne just dropped some news that revealed he is far from being done yet.

Ozzy was announced as a headliner for the final night of this year’s Moonstock festival in Caterville, Illinois! Appropriately, the entire festival takes place during a total solar eclipse from August 18th-21st! Ozzy will perform his set during the evening, but will hit the stage earlier when the eclipse happens at 1:20 pm. At that moment, Ozzy will perform his amazing hit “Bark At the Moon” which will be a once in a lifetime moment!

“The fact Ozzy will be playing as the eclipse occurs is an awesome event in itself, but will be the culmination of a four-day festival. It’s been a while since people have had an opportunity just to see an Ozzy concert, let alone an epic event like this, where when everything goes dark, he takes the stage. And people are already excited about it.“- business developer Doug Brandon stated.

Ozzy also has two more performances scheduled. One in Wisconsin July 14th, and one in Illinois July 16th. This is a great idea, and we can’t wait to see how this performance turns out! We haven’t seen Ozzy perform solo in a while.