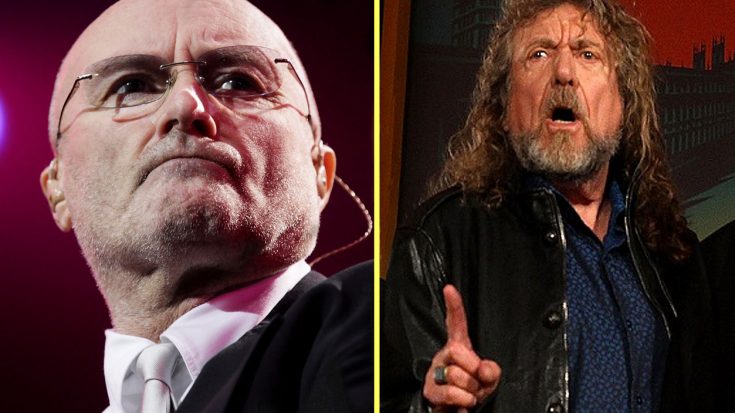 “It Was A Disaster, Really,” Says Collins

If you hated Led Zeppelin’s 1985 performance at Live Aid, don’t worry – you’re not alone. Phil Collins, who together with Chic drummer Tony Thompson filled in on drums for late drummer John Bonham, calls Led Zeppelin’s moment in the sun a “disaster” and reveals that he knew he’d made a serious mistake just moments into the performance and actually considered quitting while there was still time, ultimately deciding against it because he knew he’d be branded a quitter and that the hot topic would be “why Phil Collins walked off Live Aid—so I just stuck it out.”

Don’t look to place the blame at Phil’s doorstep, though. More than 30 years after the much maligned performance, Collins knows exactly why the show was a flop – and he’s not shy about telling you.

“It was a disaster, really,” he said. “Robert [Plant] wasn’t match-fit with his voice and Jimmy [Page] was out of it. It wasn’t my fault [that] it was crap. If I could have walked off, I would have.”

Phil’s 2016 autobiography Not Dead Yet: The Memoir reveals that he couldn’t hear Page or Plant from his spot on the stage, making it difficult to follow cues and fellow drummer Thompson didn’t make it any easier, taking the heavy handed lead and “ignoring all of my advice,” prompting Collins to extrapolate that his motive was to position himself for possible recruitment as the new drummer for Led Zeppelin should the band decide on a permanent reunion.

Ouch. Something tells us Led Zeppelin won’t be calling Phil any time soon.