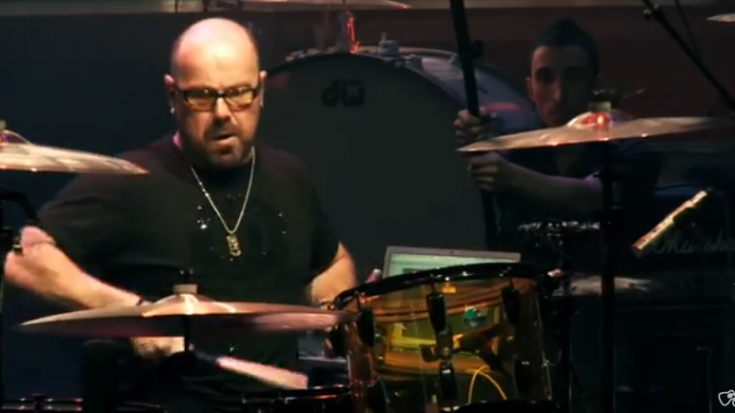 Pops Would Be Proud!

John Bonham must be smiling down from heaven because this is such an emotional and touching tribute from his son, Jason. Bonzo is a legendary drummer and some even prefer calling him The Beast because of how insane his drumming chops are. He was a force of nature – anyone who saw him play live would agree. He was just unstoppable. And in this clip, you can clearly tell how much he has influenced Jason. He’s keeping the legacy alive and we love it.

“I don’t think I’ve ever met a drummer who didn’t tell me that my dad was an influence. He’s a tough act to follow. But to give me the opportunity to play drums and make music, what a path he led for me. I’ll take it.” – Jason Bonham

And let’s be real, Jason is a dang good drummer too. This is clearly the best way to pay homage to Bonzo. It just doesn’t get any better than this. If it doesn’t bring a lump to your throat or tug at your heartstrings, then you must be very cold-hearted because this is seriously giving us all the feels. It’s just hands-down beautiful!