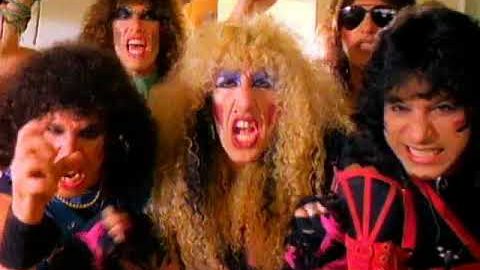 The Twisted Sister announced to the public that they will be having a one-off show later this month.

Twisted Sister will be reuniting to perform at their Metal Hall of Fame induction in Los Angeles on Jan. 26. This show will reunite the band’s surviving members such as singer Dee Snider, guitarists Jay Jay French and Eddie Ojeda, and bassist Mark Mendoza. The group will be presented by Steve Vai and Mike Portnoy.

Looking back, the band made their farewell tour in 2016 after the death of their drummer A.J. Pero the previous year. At their last show in November 2016, Snider said he was “glad to cross the finish line, sad to see it end,” and later revealed the band had rejected “lucrative offers” to reform since then.

“Looking forward to our induction into the Heavy Metal Hall of Fame on Jan. 26, 2023, in L.A.,” and Snider responded to this by saying “Looking forward to playing together for the first time since 2016 … especially the rehearsal!”

However, the person who will take the drummer role is yet to be known. Some speculate that Portnoy could be a strong possibility since he was a longtime friend of Twisted Sister.

Last year, their induction was announced by the Metal Hall of Fame in a statement that reads:

The band said that time they were “honored to be recognized … and have our names alongside many of our peers.”