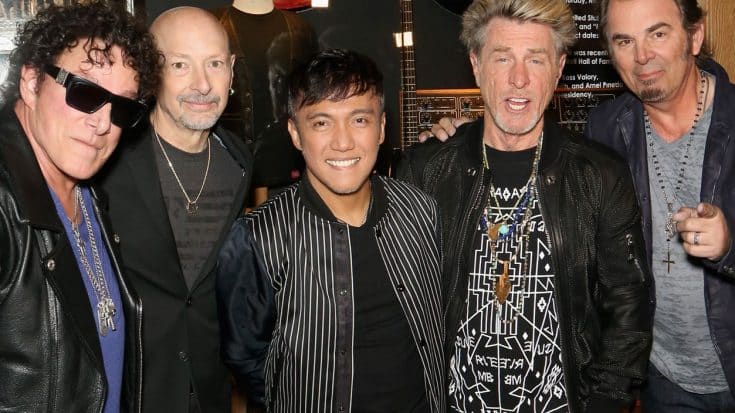 Journey are set to embark on their 50th-anniversary tour later this month, but there’s still a lot going through with them.

The band is still in the midst of issues due to the legal battle between guitarist Neal Schon and keyboardist-guitarist Jonathan Cain over Journey’s finances. Schon insisted that the former keyboardist Gregg Rolie join them on their upcoming shows. Now, the guitarist’s wife has revealed that Rolie’s return remains a big question.

Michaele Schon posted on her official Facebook account. She started by reflecting on how precious life is after the recent death of Jeff Beck. Then she went on saying:

“Two band members of the Journey current lineup are ‘adamant no’ against Gregg Rolie to return.

“Life is so precious, Neal and Gregg agree. Who wants to have that feeling, truly sad. Music is for inspiration and joy! Everyone loves you Gregg Rolie and respects who you are and all you have been and are to Journey, for without you picking up Neal Schon from school, Journey would not exist.”

“Neal Schon and Gregg Rolie will be somewhere together at least one time this year in honor of what they began in 1972. Faith, let’s ask God to find a way for them. Let’s pray for forgiveness for those who hurt Gregg Rolie and hope they learn what spirituality is someday. We all love you.”

Until then, Journey’s tour will be expected to feature Schon and Cain, along with singer Arnel Pineda, drummer Deen Castronovo, bassist Todd Jensen, and keyboardist Jason Derlatka.