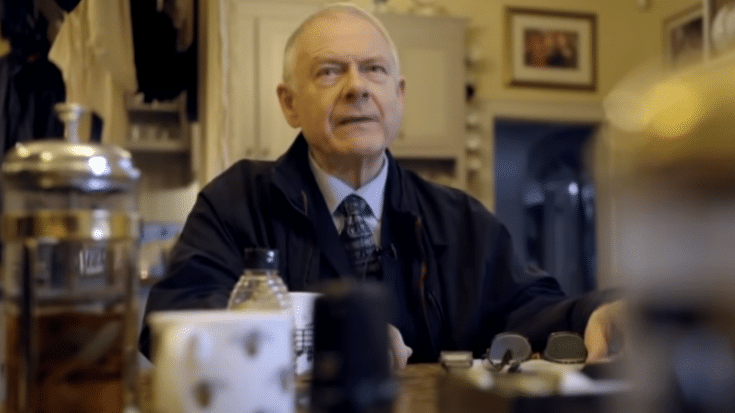 King Crimson has released the official trailer for their upcoming documentary “In The Court of the Crimson King.”

The long awaited documentary is directed by Toby Amies. It’s an official selection for the 2022 SXSW film festival, with a world premiere in Austin in March.

The documentary includes interviews featuring members from throughout their 54-year evolution of progressive rock in the music history along with footage from the band’s 2018 and 2019 tours.

“It’s the dream band viewed from outside. It’s the band you could do anything you wanted to in it.”

However, the trailer isn’t all about praises and performances, the members reflect on the tensions and dysfunction that’s seemed to follow the band since their formation in 1968 in London, England.

“When I came back from making some of that music, my hair had fallen out,”

While guitarist and co-founder Robert Fripp, their lone consistent member, fires off one-liners like:

“I can’t be the only sane man in this asylum” and “I don’t have the problem; the problems lie elsewhere.”

And at one point, co-founding multi-instrumentalist Ian McDonald, who left the group soon after their seminal debut LP, In the Court of the Crimson King, apologizes to his former bandmate:

“I love you, Robert, and I’m sorry I broke your heart.”

Fripp directs some words of kindness toward the most recent iteration of Crimson: the eight-member, triple-drummer lineup that might end up as their last. He said:

“This is the first King Crimson where there’s not at least one member of the band that actively resents my presence, which is astonishing.”

Fripp offered his thoughts of the film in an email to Rolling Stone, writing:

“A grown-up documentary showing the lives of King Crimson’s working players during 2018–19. The rock ‘n’ roll lifestyle of glamour and excess in fine detail, including getting on and off buses, living and dying, resentment, a little humor and even some music.”

“In The Court of the Crimson King” is said to be a “dark, comic film” that is surely worth to watch. See the trailer below.