Track-By-Track Guide To “Who’s Next” by The Who 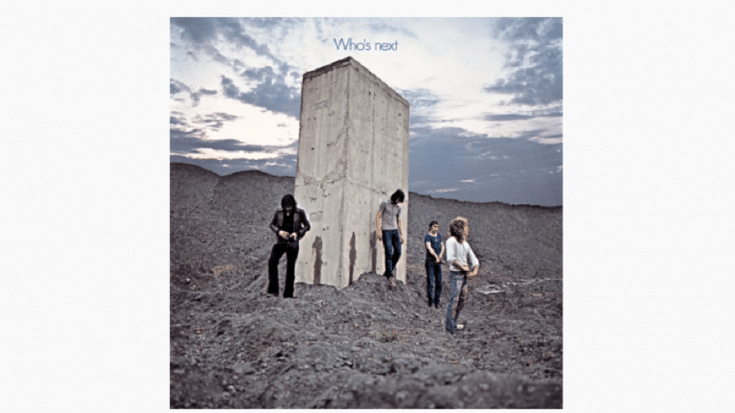 Borne from the material of the shelved Lifehouse project, which was supposedly the follow-up to the rock opera Tommy, The Who came back strong, loud, and a whole lot more powerful with Who’s Next. Released on August 14, 1971, it remains a benchmark in music that nobody can touch. It’s raw, unapologetic, and pure rock ‘n roll.

It may seem like there’s no theme connecting the songs but overall, it’s still a tight and solid record. Pete Townshend, Keith Moon, John Entwistle, and Roger Daltrey are in top form as they churn out one heavy-hitting song after another. Who’s Next is highly ambitious but it exceeded expectations. From the tracks to the artwork cover, it’s iconic and a classic through and through.

It opens with the hypnotic number that’s any rock fan will fall in love with from the get-go. Often mistakenly referred to as “Teenage Wasteland,” it’s one of the songs that solidified their rockstar status. The title is actually a combination of the names of Townshend’s influences – Indian spiritual master Meher Baba and American musician Terry Riley. Townshend found it ironic that some people believed this was a teenage celebration when in fact, it’s about “the absolute desolation of teenagers at Woodstock.”

Keith Moon came thru with his excellent drumming. It’s mellow but catchy. It’s a love song but for God. Though the verses are short, the lyricism is impeccable. Townshend drew inspiration from Meher Baba’s teachings. Townshend once shared that it “expresses how much of a bargain it would be to lose everything in order to be at one with God.”

The shortest track on the LP, it’s rather light and bluesy. Plus, it’s one of those songs that didn’t include the use of synthesizers. Roger Daltrey shined with his vocal performance but of course, the drum fills are still undeniably great even though Moon sounds more restrained than usual.

The only song not written by Townshend, this was penned by John Entwistle. He also took over lead vocal duties and surprisingly, it wasn’t bass-driven and does not include a guitar solo. It’s still a fun number and while not exactly their strongest effort, it’s a wonderful addition.

“The Song Is Over”

The Who then suddenly slow it down with a ballad which was supposedly the final song on Lifehouse. Aside from lead vocals by Townshend and Daltrey, it also features piano work by English musician Nicky Hopkins. It’s poignant and wistful. All in all, it’s beautiful and near-perfect.

This is heavier and darker but memorable all the same. From the drumming to the guitar playing, everything’s done tastefully. It starts off a bit soft before exploding into a straightforward rock number. It slows a bit before the band pick up the pace again.

Adding diversity to the LP is this song that’s reminiscent of earlier eras and doesn’t capture the ’70s sound. It seemed out of place at first but give it a chance because it will eventually come together. It was recorded sans Daltrey.

The Who are at their most vulnerable here. It’s beautiful and almost otherworldly. Townshend came up with the idea after he was tempted by a female groupie after one of their concerts in 1970. Instead of giving in, he went back to his room alone. In Lifehouse, it was actually sung from the main villain’s POV.

Who’s Next wraps up with one of The Who’s signature songs. It’s eight minutes of musical perfection – faultless from beginning to end. Townshend wrote on Townshend: A Career Biography that although it was basically antiestablishment, he also admitted that “revolution is not going to change anything in the long run, and people are going to get hurt.”