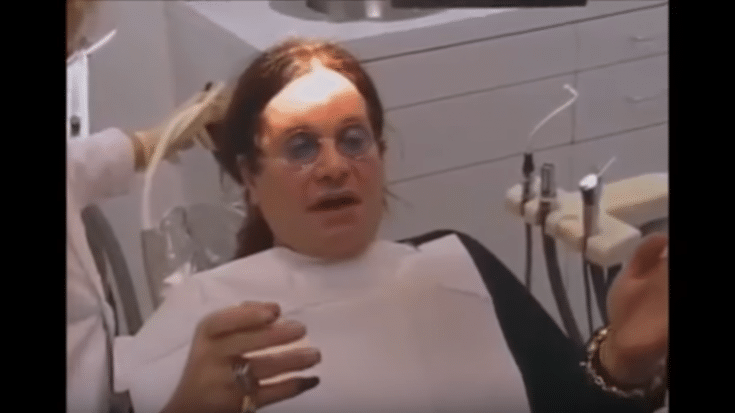 Not Everyone Liked It

Ozzy Osbourne may have started it but over the years, some rock icons have been jumping on the reality show bandwagon. You can’t really blame them though especially considering that when played right, people can go from being reality TV stars to multi-millionaires with brand deals left and right. And it’s not just about the money. Take it from the Kardashians – they became household names and went on to build an empire.

And so, let’s look at ten rockstars who crossed over from making music to starring on reality shows.

The eight-episode documentary TV series Married to Rock followed the wives of four popular rockstars. One of them is Susan Holmes McKagan. Speaking about the show, Susan said: “It shows the women behind the men. From Jackie Collins books to feature films, we are depicted as ornaments. I want to highlight how insightful and supportive we are.” But anyone who saw Duff in any of the episodes can easily tell he’d rather be anywhere else than in front of the cameras. Writing for the Seattle Weekly, Duff said: “But then there is me. I do not like reality shows. No, I actually despise what little I have seen and think that some of this stuff has really poisoned our perception of reality. But then again, I have a ton of male rock friends who watch this stuff and fucking LOVE it. I don’t believe that there is a real place for ‘rock guys’ on an E! show.”

The short-lived NBC reality television show Tommy Lee Goes to College featured the Mötley Crüe drummer attending the University of Nebraska. Lee faced various challenges just like every college student – finding a room mate, auditioning for a marching band, trying out for sports teams, joining a fraternity and of course, learning and passing chemistry. Not surprisingly, it was scripted since casting calls were held and Lee’s dorm room was actually located outside of campus. A few months later, he joined another reality show called Rock Star: Supernova along with former Metallica bassist Jason Newsted, and former Guns N’ Roses guitarist Gilby Clarke.

Twisted Sister vocalist Dee Snider has been part of a couple of reality TV shows. The first of which was titled Growing Up Twisted. It’s almost like The Osbournes because it featured Snider’s life at home and also showed his wife Suzette and their four children. It was mostly about their lives at home. He also joined The Celebrity Apprentice and season one of Gone Country.

How can anyone forget Meat Loaf and his meltdown on Celebrity Apprentice? He unleashed his wrath on actor Gary Busey after the rock icon couldn’t locate his… paint. Aside from a string of curses, singer Mark McGrath had to physically restrain Meat Loaf. He did admit later that his reaction to the misplaced art supplies was “way over the top” but also added that “Gary Busey can make a sane man crazy.”

Mötley Crüe’s lead vocalist was on the first season of The Surreal Life where he and other celebrities lived together for two weeks in a Hollywood Hills mansion. He was also in Skating with the Stars and he had to undergo a “pretty grueling” training. And perhaps one of the reasons why he landed a spot on this list is because of his participation in the show Remaking Vince Neil. He had to go under the knife to “remake” his face and body. Neil later on said that he had no regrets because he “was about 15 pounds over what I want to be.”

Steven Tyler was an interesting addition to American Idol – he was talented, funny, and had so much to offer entertainment-wise. But both his fans and bandmates weren’t too excited about it. At the time, Aerosmith wanted to tour again or record new material. And Joe Perry was very vocal about his anger over the subject.

Ted Nugent had his own TV show named after his 1995 song Spirit of the Wild where he taught the viewers how to hunt. He also hosted Surviving Nugent where city dwellers moved into his ranch to learn stuff like building an outhouse. He appeared on several other shows – Forever Wild, Wanted: Ted or Alive, Supergroup, and Runnin’ Wild … From Ted Nugent.

The Poison lead singer appeared on The Celebrity Apprentice, and also starred on the nine-episode Bret Michaels: Life As I Know It. The latter chronicled his life at home with his family. Aside from these two, Michaels also founded a film production company with actor Charlie Sheen. He wrote, acted in, and directed a couple of films too.

In Gene Simmons’ Rock School, the rocker taught young students from a Christian school and helped transform them into a rock band. If it sounds like the plot of Jack Black’s School of Rock, Simmons already addressed the issue saying that his show was already in the works when the movie came out. Meanwhile, Gene Simmons Family Jewels followed him, his wife Shannon, and their two kids at home. Simmons admitted that it “is very much like The Osbournes.”

The man who started all the rockstar-turned-reality TV star trend is no other than the Prince of Darkness himself. As expected, there were accusations that several events were scripted in The Osbournes. But while we’re not crazy about reality TV shows in general, it’s hard to deny that Ozzy Osbourne is seriously funny even without trying. A few months back, Ozzy revealed to Metal Hammer magazine that he “got to the point where I was falling apart emotionally” because he could no longer relax.